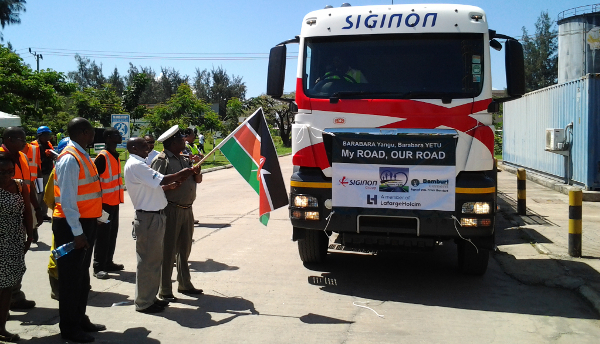 A Kenyan logistics firm, Siginon Group – with services that include freight transportation, warehousing, port solutions and air cargo – has decided to resume its operations in South Sudan, Africa’s youngest country. The company suspended operations in the market earlier this year due to fears for their driver and cargo safety.

“It became a bit [too] dangerous [for] the driver as well as the cargo we are carrying… due to frequent attacks which we had seen with other transporters. So it was a move to just safeguard against other similar attacks,” Jack Mwaura, Siginon’s group commercial manager, told How we made it in Africa.

For this reason, the company’s delivery vehicle drivers were able to take cargo only as far as the Kenya-South Sudan border until recently.

Siginon first expanded its operations to southern Sudan in 2010 – before the region seceded from Sudan to be declared an autonomous state. During this time it looked like decade-long conflicts between the north and south would soon be settled, and in 2011 citizens of South Sudan voted for independence. But it wasn’t long after this that that the country fell into civil war – fueled by politically-motivated forces. This conflict has been ongoing.

When the company initially began operations in South Sudan, its clients included both private and government organisations. But according to Siginon’s managing director, Meshack Kipturgo, the civil unrest led to the company’s business being hit hard by customers cancelling orders.

“We lost business in South Sudan” Kipturgo was quoted as saying by Business Daily at a press briefing in Nairobi early this month.

Siginon has now decided to resume its road transport services in the market, but Mwaura said this is mostly due to demand coming from the delivery of humanitarian and relief goods.

“We have seen an increase in the volume of cargo in the aid and relief sector, and almost no cargo for the private sector.”

He added that the region is not yet stable, but the fact that Siginon can now get its goods to Juba, South Sudan’s capital, indicates some improvement.