The international community will watch today’s presidential election in Kenya closely, hoping to see a peaceful process that will lead to more years of growth and opportunity in east Africa’s largest economy. We believe this will be the case. 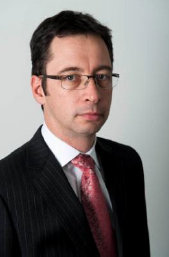 But memories of the 2007 poll, which left 1,133 dead and 650,000 internally displaced in post-election tribal fights, are still fresh in memory. After that last election, the economy and the currency slumped, and months of negotiations were needed to re-establish peace and growth.

We believe some lessons have been learned and Kenya has made significant changes to avoid a repeat of those tragic events: In 2010, Kenyans approved a new constitution that limits presidential control and establishes a quasi-federal state that will empower 47 local counties. Also, some of the rival tribes involved in the 2007 hostilities are now political allies, dampening fears of future ethnic clashes between them. Businesses are also cooperating. Mobile phone company Safaricom, for example, has recently donated 50 million free SMSs to established ‘community ambassadors’ so they can send out peace messages to specific groups or areas if needed.

Over the past few months, we have met with some of the country’s leading politicians, businesses owners, civil representatives and university professors – and they all expect a clean and fair process, concluding a campaign that has only seen sporadic ethnic and political fights. Much is at stake – not only in terms of the country’s future growth, but also regarding the economic development of smaller neighbouring countries, such as Uganda and Tanzania, which rely on Kenya for trade and access to sea trade routes. Kenya is also a key ally of the US – keen to combat the Islamist jihad threat from the east-African coast, especially in Somalia.

This progress, of course, does not rule out risks: Kenya is indeed a balkanised country where tribal politics still play a large role. One of the presidential candidates, Uhuru Kenyatta, is wanted by the International Criminal Court (ICC) in The Hague for alleged crimes against humanity during the 2007-08 upheaval. A potential Kenyatta victory, or a refusal to cooperate with the ICC, could lead to sanctions and diplomatic tensions with the international community.

These risks, however, do not change our view of the fundamental investment case for the country – a fast-growing domestic economy driven by an expanding middle class and positive demographics (the working-age group accounts for half of the country’s population).

Kenya is expected to grow at an annual 6% over the next four years, while inflation has fallen within the central bank’s range of 5%. Interest rates have also been cut to foster growth – a move that will also ease business costs. A stock market rally has mirrored this improvement: The country’s leading NSE All Share Index has gained 12% so far this year, after soaring 39% in 2012.

Kenya’s stock market is home to 60 companies, some of which offer attractive investment opportunities – regardless of the election process. We have invested in Africa for more than 20 years, witnessing civil wars, coups, revolutions, financial near-collapses and extreme droughts – yet, we have always been able to find opportunity. In Kenya itself, for instance, Safaricom and East African Breweries have more than doubled their revenue over the past five years, a period that includes the catastrophic unrest seen after the past vote.

For the intelligent and African-savvy investor, this pre and post-election time in Kenya is business as usual. At Renaissance Asset Managers, we continue to spend our time monitoring company fundamentals, analysing key factors such as profitability, growth, debt and valuation in order to establish a target price. The macro environment is of course relevant – we assess a country’s stability, risks and economic sustainability and incorporate those factors into our target price.

Afterwards, our on-the-ground research capabilities, site visits and management meetings add a qualitative layer to our research, helping us form a more complete vision of a company.

We don’t see any of our holdings, including those in Kenya, as an opportunistic, momentum-driven trade, a means to make a quick buck. To us, Kenya’s forthcoming election is another step in Africa’s fast, and sometimes bumpy progress towards full economic and democratic development.

The road to investment returns is paved with endurance and belief.