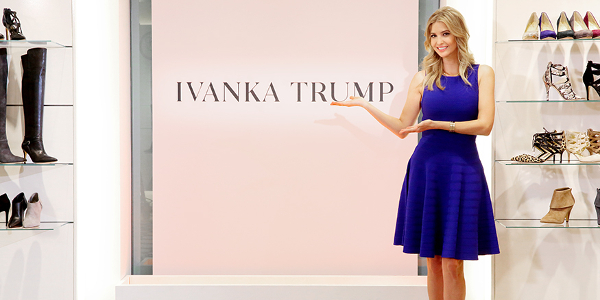 Could the manufacturing of Ivanka Trump’s shoe line move to Ethiopia?

The brand, owned by the daughter of US presidential candidate Donald Trump, is produced by Chinese shoe manufacturer Huajian Group, which is steadily moving its production from its home market to Ethiopia. This means that the Ivanka Trump brand could soon also be made in the African country. Its spokespeople did not respond to our emailed questions.

Huajian opened its first Ethiopian factory in 2012 and is now completing a massive US$400m shoe-manufacturing facility on the south-western outskirts of Addis Ababa, according to Bloomberg. The park is reportedly shaped like a woman’s shoe.

Zhang Huarong, president of Huajian, told French news agency AFP that the decision to move production is based on Ethiopia’s more affordable labour costs. He said the company can hire five Ethiopians for the same pay as one Chinese worker.

“Some manufacturers can’t even survive in China anymore,” he was quoted as saying by AFP.

The article also reported that Huajian Group has made about 100,000 pairs of shoes for the Ivanka Trump brand. The collection is managed by Marc Fisher Footwear, which also produces for the Guess and Tommy Hilfiger brands.

Research firm McKinsey & Company has pinpointed Ethiopia as having the potential to become a global competitor in apparel and footwear production. The market has production-cost advantages in the form of lower labour wages, relatively cheap work-permit visas, and low electricity costs, boosted by investments in renewable energy. It also benefits from duty- and quota-free access to the US, under the African Growth and Opportunity Act (AGOA), and the EU, under the Everything But Arms accord.

H&M and Tesco are already sourcing garments from the country, while PVH Corp (which owns the Calvin Klein brand) could source over 25% of its garment production from the region in five years, according to its CEO Emanuel Chirico. He cited China’s rising costs and evolution from light manufacturing to heavy technology and electronics manufacturing as one of the reasons why PVH is looking to source production from new markets.

Ethiopia is also seeing Chinese investments in infrastructure to cater for the export of manufactured goods. This month saw the opening of a Chinese-made electric train and railway in Ethiopia. The track runs 756km from the capital, Addis Ababa, to the port of neighbouring Djibouti – which handles about 90% of landlocked Ethiopia’s trade. According to the Washington Post, 70% of the $3.4bn project was financed by the Export-Import Bank of China and is expected to cut the two-day freight time to the Djibouti port (which previously had to be made by trucks on road) down to 12 hours.