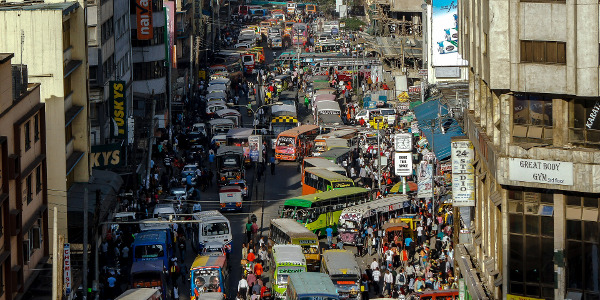 Kenya’s finance ministry on Monday said it plans to scale back borrowing from capital markets in the next three years to ease debt repayments. Specifically, the country needs to “focus more on concessional borrowing” while boosting revenue collection.

Like many sub-Saharan African economies, the country has binged on commercial credit in recent years to fund ambitious infrastructure projects aimed at spurring growth and investment.

The result is an increasingly unsustainable debt pile, which stood at around 55% of GDP – up from 40% in 2013. Kenya’s most recent $2.1 billion Eurobond issuance in May was partly to pay off existing debt, with as much of a third of government revenue going towards debt servicing.

In October 2018, the International Monetary Fund upgraded Kenya’s risk of debt distress from low to moderate.

Monday’s statement is an overdue nod to the problem, assuming the government means it.

It comes three weeks after lawmakers approved a proposed increase in the country’s debt ceiling to $85.7 billion, opening the door for another $38 billion on top of existing debt of $56 billion in June, amid plans to borrow $4.1 billion from external lenders.

The finance ministry has already warned that it will take years to scale back borrowing, without providing numbers on how it plans to do so.

South Africa’s government has announced water rationing plans to help conserve dwindling supplies following a longer than usual dry season, and below average rainfall. The country is among a growing list internationally facing water stress, which now affects an estimated 25% of the global population. More: Reuters

A suspected attack by Jihadist militants on a village in northern Burkina Faso on Monday has left up to 16 people dead. The incident is part of escalating militancy in West Africa’s Sahel, amid warnings that this could destabilise important coastal economies like Nigeria, Ghana, and Côte d’Ivoire. More: VOA

Texas-based Kosmos Energy on Monday said it had made a large offshore natural gas discovery in Mauritania, with potential extractable reserves of 50 trillion cubic feet. This would make it one of the largest discoveries globally in years. More: Reuters

Kenyan food distribution start-up Twiga Foods has raised $30 million in debt and equity in a funding round led by Goldman Sachs. The money will be used to fund its expansion in Kenya, with plans to move into other markets on the continent. More: TechCrunch