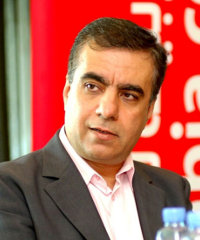 So says David Raad and Associates (DR&A) on its website. The company helps businesses explore and undertake opportunities in southern Sudan.

Southern Sudan yesterday began voting in a referendum to determine whether to remain part of a united Sudan or become a separate state. The referendum was a core component of the 2005 Comprehensive Peace Agreement (CPA) that ended decades of conflict between the Southern Sudan People’s Liberation Movement (SPLM) and the Khartoum government.

With few industries outside the oil sector and almost non-existent infrastructure, many international and regional investors are eyeing business opportunities in a newly independent southern Sudan.

Cement manufacturers are hoping for an increase in demand from the south as the region develops its infrastructure.

Pradeep Paunrana managing director of Kenya’s Athi River Mining, producer of the Rhino cement brand, told Business Daily that southern Sudan will see considerable economic development over the coming years and that cement will be central to improving infrastructure.

East Africa Portland Cement managing director Kephar Tande said his company is also very interested in the southern Sudan market but that any investment is dependent on the outcome of the referendum.

Reuters reports that Kenya Commercial Bank (KCB) expects to double its branches in southern Sudan if the region manages to conduct a successful referendum.

One of the few major foreign investments in southern Sudan over recent years has been SABMiller’s Southern Sudan Beverages Ltd (SSBL) brewery in Juba.

Kenya’s East African Breweries Ltd (EABL) is also set to establish a brewery in southern Sudan. EABL last year said that it plans to build a 700,000 hectolitre (hl) plant in Juba, which can be expanded to 1 million hl.

Many business people are, however, adopting a wait-and-see approach.

Uganda’s Daily Monitor reports that irrespective of the outcome of the referendum, many Ugandan traders will not return to southern Sudan until they can be assured of their safety.

According to the newspaper, Ugandan traders in southern Sudan have reported cases of harassment and human rights abuse by security officers and influential people in the region.

Air Arabia has been operating flights to Khartoum since 2004 but has no immediate plans to service the south.