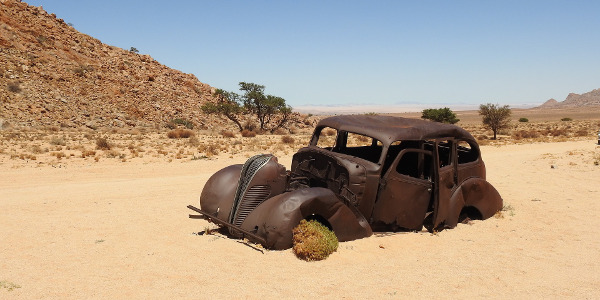 Below is a trip note published by Old Mutual Investment Group following a visit by its Equities team to Namibia.

We visited Namibia knowing that the macroeconomic indicators were not looking too healthy. The economy went backwards in 2017, government continues to struggle to rein in spending, there was drought, house prices are slipping and the only real loan growth is in payroll lending to government employees.

Furthermore, none of its neighbours (South Africa, Botswana or Angola) is in a much better space, so there is little chance of some positive rub-off there.

The lure of huge profits

Even during the most difficult times, we can usually find one or two interesting investment ideas. Unsecured lending seems to be one right now. People have mixed feelings towards unsecured lenders, ranging from those who see them as enabling low income earners to uplift themselves, through to those who view them as loan sharks or “shylocks”. In Namibia, unsecured lending is largely payroll lending to government employees. Letshego is an unsecured lender listed in Botswana and operating in eight African countries. This year it listed its Namibian subsidiary on the Namibian Stock Exchange (NSX).

Letshego Namibia is the market leader in government payroll lending. It is hugely profitable. In fact, with less than 100 employees and just two branches, it makes a profit of over N$400m (US$27.9m) a year. Recently, Capricorn Group (previously known as Bank Windhoek) acquired a share in Entrepo Holdings, the second-largest player in the micro-lending space. Namibia’s largest listed company, FNB Namibia, already offers payroll lending. So, all the listed financial services companies are trying to get in on the profit pool.

Morally, I struggle to get my head around unsecured lending. However, this is not the key reason we have largely avoided investing in the many opportunities that we have seen across the continent. Political risk is our main concern. Generally, the interest rates and other “sneaky” charges seem too high, especially given the relatively low risk, in our opinion, associated with payroll lending. Payroll lending means that the lender gets its monthly payment before the balance of the borrower’s wages are made available to him or her. This means that while there is often no underlying assets backing up the loan (unsecured), the monthly payments are secure. The big risk is if the government decides to limit the maximum interest rate that can be charged (or further reduces this rate) or no longer allows the payment to be deducted first. This is what happened in South Africa a couple of years back. This will quickly hit the profits of the unsecured lenders. Adding to our risk concerns is that the industry could be further aggravating the authorities by using loopholes. To get around the maximum individual loan limit of N$50,000 (c. $3,500), for instance, Letshego is awarding up to six individual loans of N$50,000 (c. $3,500) each. Six loans mean six initiation fees, six insurance contracts, six activation fees and six collection fees.

South African listed conglomerate Bidvest was one of the first companies I researched as an investment analyst in the 1990s. I have huge respect for its founder Mr Joffe and for many of the members of senior management, including the current CEO. I still apply a number of learnings from my time spent looking at Bidvest to company analyses today. Our meeting with Bidvest Namibia was a great reminder of what to look out for when investing in an African company – both from an outsider’s perspective (like ourselves) and from an insider’s perspective.

Bidvest Namibia started as a fishing business. Much like other natural resource sectors, fishing is subject to a greater degree of political interference. In order to improve its chances of being awarded fishing quotas, and bowing to the government’s “request” for more local listings, Bidvest listed its Namibian subsidiary in 2011. While the decision proved right for a year or two, the fishing quotas awarded to Bidvest Namibia then began to reduce. Quotas started being awarded to “connected” people, who would then on-sell them to those with boats (like Bidvest). Then this year, the Department of Fisheries announced that listed companies would no longer be allowed to apply for fishing quotas. This is clearly a decision aimed at Bidvest Namibia and South African listed Oceana. Interestingly, we met with an unlisted player in the fishing industry who indicated that the decision was based on the fact that it was difficult to track shareholders in a listed company. While this is valid, I am almost sure it is more transparent than the shareholding of a Spanish or Chinese business registered in the British Virgin Islands or Mauritius.

Despite the Namibian fishing woes, Bidvest was looking interesting on paper: its balance sheet was showing N$700m ($48.8m) of cash, more than 40% of its market value of N$1,700m ($118m). It turns out that most of this cash is stuck in Angola, and a good part of it belongs to minority shareholders. This, once again, highlights the importance of speaking to management and not taking everything at face value.

The Namibian Stock Exchange has 40 listings, but only around nine are primary listings. There are also a bunch of secondary listings, predominately South African companies (including Old Mutual). At this time, the Old Mutual Africa Frontiers Fund is invested in one local company, Namibian Breweries, producers of Windhoek and Tafel Lagers. Namibian Breweries earnings growth has been strong over the past two years, boosted mainly by the turnaround in its South African business where losses have been reducing. The share price is up 15% year to date, but the weakness of the currency (which is pegged to the rand) has taken some shine off its contribution to the portfolio’s performance.