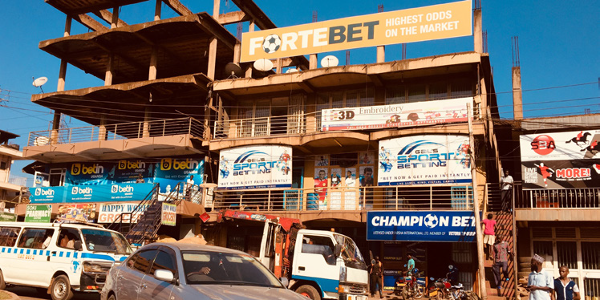 Below is a trip note published by Old Mutual Investment Group after its Equities team visited Uganda.

Uganda is a landlocked country in East Africa, and about the size of Germany. It is a source of the Nile River and is home to coffee, mountain gorillas, the last king of Scotland and the 2016 Olympic men’s marathon winner.

More recently, it also became home to the world’s fastest-growing population. In fact, since our first visit in 2012, the population has grown from 35 million to around 40 million – up almost 20%. The current president, Yoweri Museveni, has been in power for more than 30 years and is currently seeking to scrap the president age limit of 75, with a view to continuing his rule.

Hopes of oil industry to fuel the economy

The potential “blue sky” opportunity for Uganda is oil. Originally, oil was expected to be in production by 2018, but due to the oil price collapse and politics, very little has happened on the ground to date. However, small steps are being taken. In 2017, it was finally decided to build a pipeline to the coast through Tanzania. For some time there was debate about whether to take the pipeline through Kenya or Tanzania. (Since oil has also been discovered in Kenya, from the outside it seemed to make sense to rather go through Kenya and share the pipe.) If and when the oil industry does take off, it will be a boost for the local economy.

No final investment decisions have been taken, but Uganda has awarded nine major oil production licences to companies, such as Total, Tullow and CNOOC. The government is hopeful that production will begin by 2020. The Uganda Securities Exchange has eight locally listed companies and a few dual-listed Kenyan stocks. The focus of the trip was to gain a better understanding of the electricity chain.

Uganda has not been a country of “many happy returns” for us. We invested in the electricity distributor Umeme at the time of its initial public offering (IPO) in 2012. We were drawn by the assurance of a fast-growing business with a concession that promised a 20% US dollar return on investment until 2025. But over the past two years the company has not performed as we had hoped.

After meeting with the Electricity Regulation Authority (ERA) and Umeme, we have gained a better understanding of why return on investment has been in the region of 12% to 13% a year, rather than the 20% that was originally expected. Of course, there is no single reason, but poor delivery by Umeme and the political will to keep electricity tariffs low both play a key part.

We also met with some locally listed banks. Our bank investments have fortunately been more successful. Our fund recently took a position in a Ugandan bank called DFCU Bank. It is controlled by Arise, which is a joint venture between the Dutch Rabobank, the Dutch development bank FMO and the Norwegian Investment Fund for Developing Countries (Norfund). There is currently a lot going on in DFCU Bank. In January 2017, it acquired parts of Crane Bank, after its collapse in 2016. While the acquisition provides critical mass, it will take some time to integrate. Once the integration is complete, we expect DFCU to deliver a return on equity of around 25%. So, at a price-to-book ratio of 1 times and a dividend yield for 2018 at an estimated 8%, we find DFCU an attractive investment.

Following my visit to Kenya in March 2017, I wrote about the explosion of sports betting. This craze is also prevalent in Uganda. Driving through the streets of Kampala, it is clear that betting is taking its share of consumer spending. Despite it being one of the poorest countries in the world, the Ugandan National Lotteries and Gaming Regulatory Board reported in 2016 that about 150bn Ugandan shillings (US$41m) is spent on gambling a year. It is estimated that around 70% of people below the age of 30 years are involved in betting activities.

A string of pearls

Uganda is called the Pearl of Africa – we stayed in the Pearl of Africa Hotel, there is a Pearl Mall and we went to visit the Pearl Marina. Pearl Marina is an upmarket real estate development on Lake Victoria, near the airport. It is owned by a Kenyan listed business that is held in the Old Mutual Africa Frontiers Fund portfolio. The first villas have been completed and are being sold for $1m each. I asked who the typical buyer would be and the immediate
response was “politicians”. The saying in the developed world goes: People who get rich go into politics, while in Africa, people enter politics to get rich.

Uganda is a spectacular country. With Cape Town set to run out of drinking water shortly, and after seeing the Pearl Marina development, I did check to see if there was an open desk at the Old Mutual office in Kampala. My colleague, Randolph, was less enthusiastic about this temporary relocation after reading a survey that showed that, at any one time, 30% of the population has malaria. To get a feel for the local economy, we decided to jump on the back of “boda bodas” to get to our meetings – weaving in and out of the traffic on motorcycles made for faster travel. Boda bodas can be used to move families, cows, sofas and investment managers. Next time we visit, though, I think we will take helmets.