Ranked number 120 in the World Economic Forum (WEF) Global Competitiveness Report, Nigeria continues to benefit from its relatively large market size which has the potential for significant economies of scale and is an important factor for attracting investment. 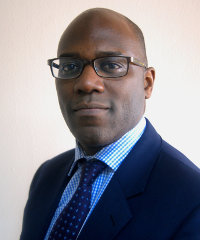 According to the WEF report, Nigeria also benefits from an efficient labour market and its financial market has been recovering gradually from the 2009 crisis.

There are an increasing number of opportunities in these sectors for investors, as these particular markets suffer from an undersupply of A-grade stock, explains Bolaji Edu, Broll Nigeria chief executive officer.

“We project that there will be a stabilising of rental growth over the next two to three years as the current and development pipeline comes to completion.”

Edu says they remain optimistic about the long term prospects for investors.

However, due to the various legal and bureaucratic challenges, investors in Nigerian real estate need to take +7 time horizon.

The recent Nigeria Economic Report released by the World Bank shows that real estate is the third largest contributor of GDP growth at 11%.

Although the New World Wealth (NWW) report notes that Nigeria’s commercial property market performed poorly during 2007-2013 with prices falling by 3% in US$ terms, in the local currency naira (₦) terms, prices were up by over 20%.

As Nigeria’s demographic profile, economic fundamentals and growth potential continues to impress many global and South African retailers, an increased number of retail brands are looking to explore entry into the country, according to the Broll Nigeria Q2 Retail Market Update.

Edu explains that one of the major challenges facing the retail sector is the purchasing power in relation to the rents that tenants are paying outside of the first tier cities such as Lagos and Abuja.

The focus of the malls in second tier cities like Enugu, Kano and Ibadan is on groceries and basic essentials rather than the fashion and aspirational shops.

“Aspirational tenants still want representations at these malls but rentals over the next few years will need to adjust to be more aligned with the consumer’s purchasing power.”

Over the next five years, malls in second tier cities will become increasingly more acceptable than the traditional informal retail stores although not on the same scale as malls in the more sophisticated cities of Lagos and Abuja, he says.

Currently, there is over 200,000m2 of retail developments under construction mainly concentrated in the south of Nigeria. These include Port Harcourt Mall (11,000m2) which is almost 90% leased, The Owerri and Delta Malls measuring 12,000m2 and 15,000m2 respectively and set to open in 2015.

Apart from the growing population that bodes well for the consumer sector, NWW Wealth in Nigeria 2014 report reveals that Nigeria has the third highest number of high net worth individuals (HNWIs) recording 15,700 HNWIs in 2013 with a combined wealth of $82bn.

HWNIs otherwise known as millionaires refer to individuals with net assets of $1m or more excluding their primary residences.