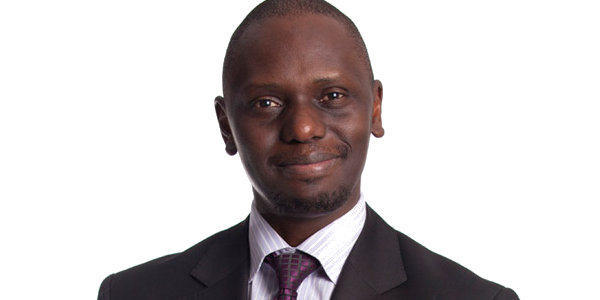 Since it gained independence five years ago, South Sudan has endured long periods of political conflict that has resulted in the killing of thousands of people and displaced millions. So far Africa’s youngest country has failed to live up to the high hopes and expectations that attracted investors in 2011.

Although Africa has fewer conflicts today compared to two decades ago, there are still concerns about post-election violence, abuse of presidential term limits, and political oppression by authoritarian regimes.

“As an investor we want to know that a country is stable today and it will be stable in 20 years. That is partly attained by having succession planning – a mechanism to elect and remove leaders and that is somewhat missing in a number of countries. There are governance concerns in South Sudan, Burundi, Egypt, Zimbabwe, among others,” says Odo.

“For the longest time good governance was seen to be the stuff that Western folks talk about. The reality is when you are an investor, whether local or international, you must worry about the stability of the environment where your investment is.”

The firm has invested in some businesses that have a presence in South Sudan. This includes a Uganda-based pharmaceutical company that sells to six countries in the region, including South Sudan where it has a local partner that distributes its products.

AfricInvest also previously invested (it has since exited) in a regional insurance group headquartered in Kenya. The insurance company owned a property subsidiary that has developed apartments in Juba, South Sudan’s capital.

“For the insurance company the South Sudan business is one of their most profitable. It has generated great margins despite all the challenges,” says Odo.

When it started developing apartments in Juba, Odo says the expectation was that each two-bedroom unit would generate income of about $4,000 a month.

“But by the time they were put on the market, each was making between US$7,000 and US$8,000 a month and there was a waiting list. That immediately brought a business decision to expand to phase two of the project because payback on property is two to three years. You don’t find those kind of returns anywhere else.”

But the company has also faced challenges. For instance, violence broke out while it was still developing the apartments, causing its Chinese construction partner to evacuate their people.

“Getting them back (after the violence ended) was not easy. So today even investors and governments from the East are finding that governance is not something you leave to the locals and Western partners to take care of. It is actually a point of discussion even if you do it diplomatically behind closed doors – you must have that conversation,” says Odo.

At the moment Odo is hesitant about making new investments in South Sudan due to the recent flare up in violence.

“If you said to me to invest in South Sudan today, I wouldn’t do it. But let me qualify that. I couldn’t do it from our current fund, which is targeting mature businesses that are looking for growth capital in stable markets, because unfortunately today South Sudan is not politically stable. But if I had a fund with a mandate to go into post-conflict countries then I would enter into South Sudan due to the high returns,” he explains.

Odo notes that any company looking to enter South Sudan, and other unstable markets, must have a strategy for business continuity and resumption in case there is disruption.

“With the insurance company we invested in, part of the strategy to secure the investment in real estate in South Sudan was partnering with the local state government by offering [it] a minority stake. The beauty of having an investment with the state government is that government as an institution isn’t going anywhere and they are going to protect the assets you own together. So during conflict, even when we pulled out non-essential staff, we left knowing our local partner would protect the assets and the people saw the company as a local company.

“Our group has invested in 26 countries over the past two decades, mostly in stable environments, but sometimes in more risky markets with higher returns. We ask ourselves how do we invest and not put our investors’ money at risk? So we look for commercial solutions by deploying multiple strategies, such as competitive entry multiples, securing insurance and partnering with strong local and international partners.”

Odo notes investing in countries with weak governance systems can pay off if one has an effective risk management strategy.

“In the case of the real estate project in South Sudan we got a pay back in two-and-half years. It is really the concept of high risk, high return. So from a return perspective it makes sense. But you don’t just go in blind because you are getting a higher return. You need to have a plan.”

“You have to ask yourself questions like, can you run the business with a minimum team, and work off site in case of business disruption? Do you have a business resumption plan that makes sense? You must think things through because at the end of the day we are in the business of managing risk.

“Another thing we tend to do is we increasingly invest in multi-country or regional assets. So if we have a problem in one country, like South Sudan, and the company we have invested in has assets in other countries in the region doing well, that is a smart strategy from a risk mitigation point, which has worked very well for us. When one invests in a regional asset, it makes it easier to mitigate against single country risks, including the governance risks.”