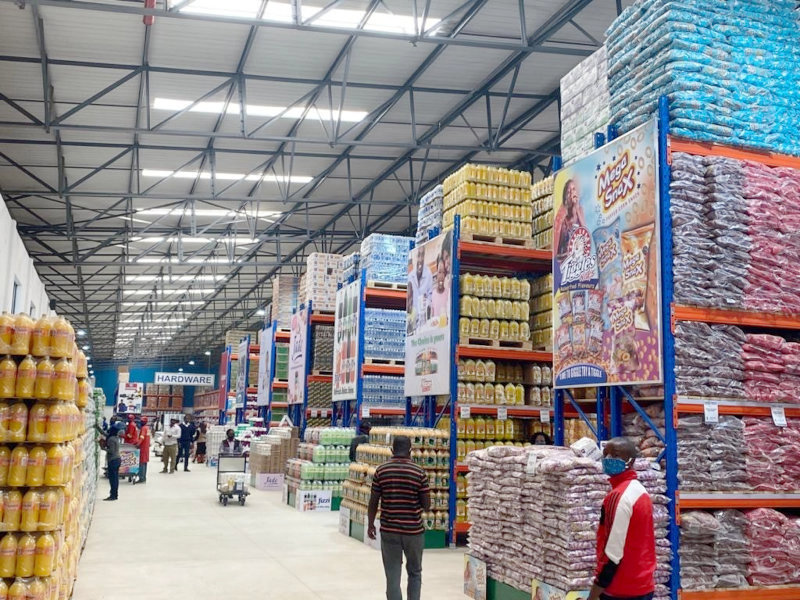 Spear Capital has invested in Metro Wholesalers, a groceries and hardware wholesaler in Zimbabwe.

In 2017 there was new hope for the economy of Zimbabwe with a change in leadership. Last year, the Zimbabwe dollar was once again introduced as the official currency, but according to some reports has already lost 98% of its value on the black market. The country is currently also experiencing political instability.

Many investors would be wary of pushing capital into an economy where there is little investor certainty. Spear Capital, a private equity investment firm that holds minority stakes in various companies in Southern Africa, however, still sees some opportunities. Jeanette Clark speaks to managing partner Martin Soderberg about Zimbabwe’s business environment and the investment lessons learnt over the years.

Spear Capital has two investments in Zimbabwe that it concluded in 2013 and 2014 – Metro Wholesalers and Dendairy. Share your thoughts about Zimbabwe from an investment perspective.

Metro Wholesalers, a groceries and hardware wholesaler in Zimbabwe, was our very first investment from our first fund in 2013. At the time, Zimbabwe was a US dollar-based economy and things were going very well. Metro had revenues of about USD 70 million and it has grown significantly every year since then. The discussions around the Zimbabwe dollar as official currency started back in 2017. Since then everything has been a bit murky. In 2018, for example, all companies still reported in US dollars but were trading in local currency. It has made it very difficult to work out how well the business was performing.

Dendairy, our other investment, is a big player in Zimbabwe in terms of dairy production. The company had, at the time of investment, started to put funds into a new production line for UHT milk, but ran out of capital. We stepped in. They have since increased production about 10 times.

We are very happy with both investments which were both done in our first fund.

We are currently tracking two or three opportunities in Zimbabwe very closely. I think you can still invest in Zimbabwe. You just have to be very clear that your criteria are being met. There are definitely fewer opportunities now than there were before, but the quality of the assets remains very good. The reasons being that Zimbabwe has a very well-educated population and quite a professional legal system compared to neighbouring countries, especially from a commercial perspective. For example, if Metro has someone owing them money and they are taken to court it can be resolved in quite a reasonable time.

What criteria do you look at when making an investment?

We are quite restricted in our mandate. We look for fast-growing companies in four jurisdictions: Zimbabwe, Malawi, South Africa and Zambia. We don’t do primary agriculture, mining, oil and gas, or big telecom projects.

Our first criterion is that we look at management. That is a very important key requirement as we are not majority owners and a good working relationship where all partners are aligned, is critical.

For Zimbabwe, a key question remains how to get your money out of the country after investment. Over the last three years the challenge has been uncertainty around a framework for investments into the country. There are excellent businesses in Zimbabwe, with skilled people and great management.

Secondly, if you are to still invest in the country, you would have to look at businesses that have little foreign debt on their balance sheet. We also look at companies that have been in business for at least the last ten to fifteen years, because if you worked yourself through this difficult period, it means the business has great skills.

Very importantly, you should consider investing in businesses that are exporting and earning US dollars.

Having said all that, you never know in Zimbabwe. There is still a risk. But it could sometimes be worth it.

Over the last 12 months, more and more items are sold and traded in US dollars, even if the official currency is still the Zimbabwe dollar. There is very little official access to US dollars as most of the currency is floating around in the informal system. The Reserve Bank only has access to the US dollars that are coming in from export activities and are very careful about distributing that to strategic industries like fuel imports and agricultural inputs.

Is the investment criteria for the other countries the same as Zimbabwe?

Each country has its own characteristics. In Malawi we really struggle to find businesses that match the investment criteria in terms of company size. Our ticket size is USD 2 million to USD 6 million because we believe businesses that require less than USD 2 million are often less mature and riskier. Finding a company that fits this size in Malawi can be challenging.

We are optimistic now after the election because there is momentum and expectation for a new beginning in Malawi.

Describe the sectors in Southern Africa that you are most enthusiastic about from an investment perspective.

We invest in consumer-based businesses that are supported by the spending of the African middle class. This includes local manufacturing and processing industries, specifically in food and beverage, retail and wholesale and healthcare.

However, to date, we haven’t invested in healthcare. We are following one or two opportunities but have not concluded anything as yet.

What opportunities are you currently looking at?

The countries for investment have been chosen based on the team’s experience and network, access to pipeline, business language being English, consistency in the legal system and attractive demographics, such as a rising middle class.

We have just come out of a meeting for approval for a business that we are looking at in Zambia, so we are now going into full due diligence and we hope to close that before the end of the year. We are likely to take another opportunity in South Africa in the FMCG space to our investment committee in the three weeks. There are definitely opportunities out there, we are just cognisant of the environment and cautious at the moment.

You mentioned Spear Capital doesn’t invest in primary agriculture. Why is this?

We are not an agri fund. Our investors are uncomfortable with us owning land that could be contested later on.

When I said we don’t do primary agriculture, that doesn’t exempt us from looking higher up in the value chain. We are thus actively looking at agro-processing opportunities. We are often confronted with the situation where some farms do processing, but they also own land. Others have separate companies registered where we could potentially invest in the processing unit of a bigger group.

If the group is diversified enough so that the land issue is not dominant, then we would consider it. We are actually tracking a couple of very interesting groups that have got both land and processing in their portfolio.

Are there any sectors in Southern Africa you would not invest in?

Any industry that is heavily dependent on licences or government involvement would be a stay away. Not that it isn’t working, but we see it as a risk and something that makes the business more complicated.

We have looked at companies where key people have had close relations with politicians, and we have stepped away because it becomes too sensitive.

Other than that, it is mandate related. We also have non-financial criteria. We want to see gender diversity and that there is no negative environmental footprint.

In terms of ownership, why don’t you want to have majority stakes?

Our sweet spot is probably between 35% and 49%. It is not that we can’t have a majority in a company. Because of our philosophy that we want to work with management and not against them, we like them to feel that they are in control. However, we like to get as close to control as possible. We often have fairly strict minority protection provisions to address the risks of not being a majority stakeholder.

Tell us about the investment lessons you’ve learnt over the years.

It is important not to forget, whenever you are making an investment, that you have to work towards exiting the business at some stage. Some things have not played out as we had imagined. We constantly evaluate our exit processes as we are measured on the internal rate of return and eventually the company has to grow really fast to compensate for the extended time that you remain invested without being able to exit.

Secondly, you have to be very clear from the start with management about what your expectations are. Many entrepreneurs are desperate – they just want your money. You have to clearly convey that you expect returns and that there has to be a plan. It does not end with us transferring the money. The capital should come with some respect.

It is important to have an agreed exit plan with management, so that it doesn’t become a surprise later on.

Currently, more than we have before, we ensure that the company starts to make repayment provisions from day one. We structure our investment into a combination of equity and debt, to force the company into making some sort of monthly repayment. Even if it is not a lot, it helps to establish it clearly that we, as an investor, expect something in return.