When it comes to investing in African startups, there have been many cases where investors have expressed more of an interest in entrepreneurs themselves, rather than business ideas. But why would investors want to back the jockey, rather than the horse? 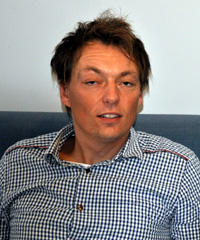 Last week How we made it in Africa briefly met the seven tech startups selected by the Cape Town round of the seed fund and three month accelerator programme 88mph. Of the seven ventures selected this year, two had changed their ideas immediately after starting the programme, either because their initial focus was not scalable or profitable.

What is interesting though, was that these entrepreneurs were still selected into the programme, even though they were soon advised by the 88mph mentors to change their ideas.

One of these is Ekaya, a marketplace that matches quality landlords with quality tenants, to make the rental process simpler and more secure.

However, when the Ekaya team was selected to join 88mph, they were not pitching the startup they have today.

“We actually joined 88mph with a product that helped find show houses on a Sunday,” explained Justin R Melville, one of the founders of Ekaya. “A very good idea, but turns out it’s not a very good business and that was one of the things we were challenged with when we joined 88mph.”

Mark Raa, founder of diarize.me, an application for businesses to better manage their diary, clients and inventory, said his startup idea also changed soon after joining the programme.

“I was initially accepted into the programme on a slightly different project, where in a very short time frame after meeting with and dealing with the team it became quite clear that we actually need to pivot into what diarize.me has become,” said Raa. “And [the programme] has been hugely beneficial. It’s given me the opportunity to take a step back, get feedback from all of these really, really clever people, and analyse your business properly. And I think that has been the biggest benefit.”

Kresten Buch, founder of 88mph, said the accelerator programme and seed fund is looking to invest more in entrepreneurs, rather than in ideas. When asked to define 88mph’s ideal entrepreneur, he added that it is less about the personality of a person, and more about the mentality. For example, the programme accepts entrepreneurs who are not only able, but also willing, to dedicate their time to growing their startup.

“They are willing to give up probably a relatively good paying job, or willing to give up some kind of benefit or security right now for the opportunity to actually build something they believe in… It’s tough and it takes a long time to build a company so if you don’t have that kind of mentality, you are never going to make it.”

Last year, How we made it in Africa interviewed Sylvia Brune, then the programme manager in Cape Town for 88mph and now the partnerships and talent hunter. She said startups will be more attractive for investment if investors can see that the entrepreneurs are also investing in themselves and therefore sharing the risk.

“I think a good indicator is that you always put money into people who, themselves, have skin in the game,” advised Brune. “If they stand to lose a lot… it’s a good bet that they are going to try as hard as they can to make it work, and those are the kind of people that you want to put money into.”

88mph – which launched in Nairobi in 2011 and in Cape Town in 2013 – has raised US$1.5m to launch in Nigeria this year, with applications for the programme expected to open as early as next month.