East Africa’s profile as an investment destination has improved significantly in recent years with many foreign investors and multinational companies setting up base in the region. How we made it in Africa has in the past reported on many of these investments, including Google, advertising agency TBWA, private equity funds like Actis, and many others that are reinforcing their presence in the region.

The East African Community (EAC) is made up of Kenya, Uganda, Tanzania, Rwanda and Burundi, and has a combined population of around 132 million, with vast resources that has proved to be lucrative to many foreign investors. But where should one begin? 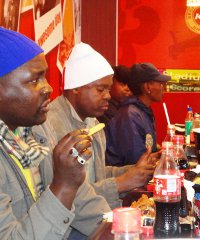 All the five EAC member states have witnessed increased democratic space in the last few years and are pro-foreign investment. Although there have been incidents of violence, tribal clashes and terrorism attacks in the region, overall stability has improved.

East Africa has made great strides in technology since the launch of mobile money transfer service M-Pesa five years ago. The region boasts of several open innovation spaces like the iHub in Kenya, kLab in Rwanda and Hive Colab in Uganda, which have fuelled innovation among young people.

“East Africa is at the cusp of a technology-driven inflection point,” says Ben Lyon, a US expat who co-founded KopoKopo, a web based mobile payment gateway that helps businesses process mobile payments.

The wide adoption of new technologies presents opportunities for foreign investors across various sectors like education, health, communication and media.

The region is well on its way to become one of the most attractive destinations for mining, oil, and gas activities. Uganda has made discoveries of around 2.5 billion barrels of oil, while Tanzania has large natural gas deposits. Earlier this year the discovery of crude in Kenya’s northern Turkana region also created a lot of excitement. Although the commercially viability of the find still needs be confirmed, large corporations like Petrobras, Total and Apache Corporation have reportedly expressed interest in Turkana. In addition, East Africa also boasts other resources such as gemstones, gold, coal, diamonds and limestone.

“East Africa is the next frontier for mining in Africa … East Africa is in the stage of discovery. This is the place to invest in,” says Monica Gichuhi, executive officer of the Kenya Chamber of Mines, a body whose mandate is to lobby for favourable legislation and showcase Kenya as a viable mining destination.

Poor infrastructure has been a big impediment to investment, although in recent years several new projects have been announced, with some nearing completion. These include the multi-billion dollar Lamu Port-South Sudan-Ethiopia Transport Corridor (LAPSSET), a road, port and oil refinery project that will link Kenya to South Sudan and Ethiopia. The project is expected to ease the transportation of minerals and equipment within the region.

Rift Valley Railways (RVR) is on pace with the rehabilitation of the regional railway line linking Kenya and Uganda and is expected to ease congestion at the port of Mombasa. Another large project is Kenya’s Nairobi-Thika highway, a KSh. 27 billion (US$322 million) new road, which has recently inspired numerous new property developments.