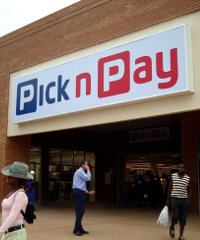 What was the motivation behind Pick n Pay’s expansion into Mauritius?

Mauritius is an attractive market for us as it has potential in terms of growth in disposable income. Based on comprehensive research and assessment, Mauritius is one of the most successful and competitive economies in Africa, providing impetus for our investment into the country. Although the customer base does differ from the South African market we firmly believe that the convenience and offering of Pick n Pay will be a significant draw-card for Mauritian customers.

Other retailers such as Shoprite already operate in Mauritius; Pick n Pay also has plans to open an additional two stores. With a relatively small population, is there enough demand to support all these supermarkets?

The southern African region, and specifically Mauritius, presents an attractive market for us and as disposable incomes in the rest of Africa grow, we feel the region’s retail potential remains largely untapped.

Pick n Pay operates in Mauritius through a franchise model. Why does Pick n Pay prefer to follow the franchise route in many of its African markets?

Our strategy into Africa has been mainly through partnering through locals and the franchise route, where local experts own the franchise in their own communities. There are some exceptions to this, for instance as with our stores in Zambia where we have developed corporate-owned stores. The Pick n Pay franchise model means that the store is owned by an individual, but conforms in every way to Pick n Pay branding and its ethos. The benefit for the franchisee is that they are receiving the back-up of our more than 40 years of retail experience, for Pick n Pay it is about forging good and sustainable relationships with local business people.

Finding suitable retail space is a major problem in Africa. Does this also apply to Mauritius?

In the case of Mauritius we have been able to tap into the growth of shopping malls being developed on the island. We opened our first store in the Bagatelle/Mall of Mauritius at the end of last month, and will open a store at Cascavelle in October. The centres are being built by local Mauritian and South African property developers. We have already secured our third site in Mauritius, which will open next year.

Pick n Pay has over the past year opened a number of outlets in Africa (outside of South Africa). What are the greatest challenges you experience in growing Pick n Pay’s African footprint.

Pick n Pay has long held the view that Africa holds challenges, but at the same time enormous opportunities for growth for us. Consumer spending is set to grow massively within the next decade on the continent. As a consumer-facing business it is natural that we would take note of the sizeable number of consumers moving up the income pyramid and the emergence of a critically important middle-class. In order to keep ahead of this growth curve, we have already made significant inroads in our approach and level of investments. The Southern African Development Community is a particularly attractive region for us to invest in, given the considerable experience we have gained in this region in recent years.