Last week government delegations, investors and senior executives from some of the world’s leading hotel brands descended on Ethiopia’s capital, Addis Ababa, for an annual hotel conference. The more than 500 delegates at the Africa Hotel Investment Forum (AHIF), discussed investment opportunities in the region, announced deals and forged partnerships. 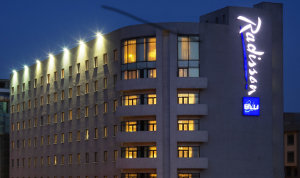 The AHIF was initially planned for Nairobi but in June organisers announced it would be moved to Ethiopia due to limited space to accommodate increased numbers of exhibitors.

However, some stakeholders in Kenya believe the move might have been prompted by insecurity and travel warnings against Kenya at the time.

Ethiopia is one of the fastest growing economies in Africa and often cited as an attractive destination by business leaders because of its 90m population and vast agricultural resources.

This is set to change following announcements at AHIF by other players seeking to enter the market. The Wyndham hotel group announced it will open its first property in Ethiopia early next year. The US group has signed a management agreement for a 136-room hotel to be named Ramada Addis.

Adugna Bekele, owner of the Ramada Addis, said the fourth international hotel brand to launch in “one of the most vibrant and economically robust cities of Africa” will have an impact both on employment and investment.

“Once open, Ramada Addis will create job opportunities for over 250 people, serve Africa’s capital city to host its multitude of conference guests, and play a vital role in bringing foreign investment into the market,” said Bekele.

Marriott International also plans to expand into Ethiopia, as well as grow its footprint in countries such as South Africa, Nigeria, Uganda, Ghana and Rwanda. It recently acquired South Africa’s Protea Hotel Group.

Sunshine Business plc, a company owned by Ethiopian business magnate Samuel Tafesse, will open the “two five-star Marriott hotels with a total expenditure of over US$100m”. The company is developing Courtyard by Marriott Addis Ababa and the Marriott Executive Apartments Addis Ababa, which will be targeted at international travelers and executive expats seeking luxurious apartment living with hotel services.

In addition, both Best Western International and InterContinental Hotels Group announced they will launch new properties in Ethiopia over the coming two years.

“Addis Ababa is evolving at pace, with infrastructure such as the Bole International Airport now serving almost 20m passengers a year,” said Pascal Gauvin, InterContinental’s chief operating officer for India, the Middle East and Africa. “This being our first hotel in Ethiopia we will now have a presence in 13 countries across Africa.”