“Angola is open for business. What you need to make money is information and attitude.” 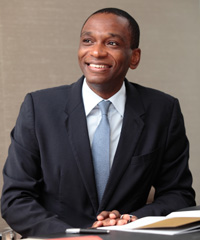 This is according to Dr Manessah Alagbaoso, head of commercial banking in the Personal and Business Banking division at Standard Bank Africa. Speaking at a seminar on doing business and trading with Angola – hosted by the Johannesburg Chamber of Commerce and Standard Bank last week – Alagbaoso said the Portuguese-speaking African country is evolving at a rapid pace and entrepreneurs who want to crack the market need savvy local partners who have an on-the-ground presence.

“Companies that are willing to take risks are seeing the benefits and returns in Angola,” he noted.

José Filomeno de Sousa dos Santos, son of Angolan president José Eduardo dos Santos and one of three directors of sovereign wealth fund Fundo Soberano de Angola, told How we made it in Africa last year how the country has been making progress since the end of the war in 2002.

“The war left millions of displaced people. It destroyed the arable lands and the transport infrastructure so the country was really concentrated in the capital cities, which were by the sea border, and the hinterlands basically became isolated islands from the rest of the development. Today, 10 years ahead more or less, there has been a lot of investments in infrastructure, airports, ports and roads, all with the aim of bringing investment from the capital cities from near the sea into the hinterlands where there used to be the farming and the industry,” explained Dos Santos.

“That’s a process that started right after the war. The government contracted several loans which was somewhat interrupted because of the financial crisis and the liquidity shortage that brought about, and that was actually one of the reasons why the sovereign wealth fund was created. Because at that stage the parliament decided to set up a reserve account and, going forward, the account was regulated by the government and they created a special entity that would manage these reserves.”

EY recently released its 2014 Africa Attractiveness Survey in which Angola’s Luanda province was ranked in the top 10 states on the continent in terms of foreign direct investment projects. Capital city Luanda was also ranked third out of 19 sub-Saharan Africa cities with the most high-growth potential in the MasterCard African Cities Growth Index.

Alagbaoso believes there is a range of factors that supports Angola’s investment story – from political stability to secure macro-economic and monetary policies.

South African-based Standard Bank has been expanding its operations in Angola since it entered the market in 2010, and currently has close to 30 branches. Alagbaoso noted that Standard Bank is attracted to the country’s potential for growth in the financial and banking sector services, with only 20% of the population currently banked and a fast-growing middle class.

Still no walk in the park for business

According to World Bank and IFC’s 2014 Doing Business report, Angola is ranked at a terrible 179th place out of 189 countries globally. Transparency International ranked the country 153rd out of 177 countries in its 2013 Corruption Perceptions Index, which is actually an improvement from its ranking in previous years.

Furthermore, Luanda has been ranked as the most expensive city for expatriates in the world, according to 2013/2014 Mercer’s Cost of Living survey.

While the African Economic Outlook expects the economy to grow by 7.9% this year, Angola is still dependent on oil extraction for economic growth and is a net importer of food, among other retail products. Roger Ballard Tremeer, former South African ambassador to Angola, said at last week’s seminar that the nation is trying to take steps to diversify its economy, such as raising import duties to protect its infant domestic industries and encourage growth in its local manufacturing sector.

However, during a research trip to Angola last year, Anna Rosenberg, a senior analyst for sub-Saharan Africa at Frontier Strategy Group, said that while most people she spoke to in the country confirmed that Angola suffers from bureaucracy, a major talent gap, corruption and is very expensive, there is still a huge opportunity for business.

“What strikes me more than all the challenges I have heard about is the opportunity that one can literally find on every corner of the street,” she said, adding that a visit to the national registry of companies revealed it registers on average 30 local and international companies a day, with 4,000 registered in the first four months of 2013.

“Despite the country’s incredible development in the last 10 years, Anglo-Saxon multinationals are not yet widely present here,” she continued. “And if they don’t move quickly, they will miss out on all the opportunities that still exist in pretty much every sector.”