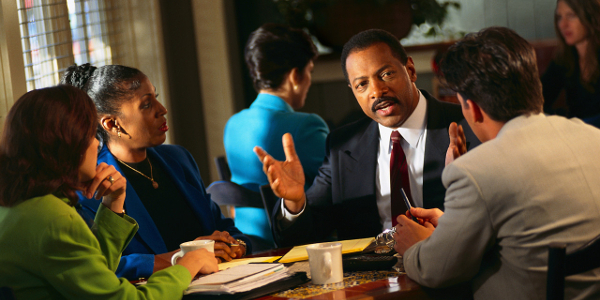 According to the Investor Relations Society (UK), investor relations can be described as the communication of information and insight between a company and the investment community.

“When written in Chinese, the word ‘crisis’ is composed of two characters. One represents danger and the other opportunity.” – John F. Kennedy

While the current economy is not in a crisis, it is definitely not a rosy outlook for economic agents due to the intersection of economic and socio-political undercurrents. This is where the distinction between operational performance and market perception is critical, as perception can distort reality in the short-term, at least. Consequently, listed companies whose valuations and shareholder wealth are subject to market whims need to have a holistic approach to communication through proper messaging around financial, operational and business performance that engenders trust in the company.

Dealing with these issues is best served by the unique skill set of investor relations. According to the Investor Relations Society (UK), investor relations can be described as the communication of information and insight between a company and the investment community. This process enables a full appreciation of the company’s business activities, strategy and prospects and allows the market to make an informed judgement about the fair value and appropriate ownership of a company.

Typically, companies tend to be keen on communicating with stakeholders when business is on an upswing, the thinking being ‘if we can get people to notice how well we are doing now, they will support and invest in us, which in turn will lead to us doing even better’. This line of thinking while valid in a majority of situations is not a one-size-fits-all answer. Investor relations should not only be seen as a means of showing off achievement in good times, but also as a means of carrying the investment stakeholders along, keeping them up to date on the good and the not-so-pleasant by continuing to explain the fundamentals of the business and not getting distracted by the noise in the market. Also, the rationale behind certain activities need to be properly communicated and the message defined, to ensure that market participants have faith in the company’s grasp of the issues requiring management attention.

Despite being recognised as Africa’s largest economy after GDP rebasing in 2014, Nigeria’s economy suffered a significant downturn in 2015. Social unrest and political uncertainty linked to the 2015 General Elections meant that investors stayed on the sidelines amplified by record-low oil prices, which has led to a very challenging operating environment for banks and businesses in the real economy. The naira’s continued divergence in value between the Central Bank’s foreign exchange rate and the autonomous market creates speculative opportunities and, more importantly, pain for import-dependent input manufacturers.

Now, more than ever before, investors require clarity. Even those who are not financially savvy, will critique the current economy and realise that company performance will suffer. They may tolerate disappointing performance, but they would not forgive poor transparency and disclosure even if it meets minimum statutory requirements. Building up trust with investors is perhaps most important during a downturn, it is important to get “ahead of the story” as this provides an opportunity to control the narrative. This is where investor relations steps in.

In practice, investor relations covers a wide spectrum of activities ranging from press releases to conference calls, culminating with perception reports. Conference calls provide the market and investors an opportunity to understand a company’s management report; a detailed breakdown of its quarterly results as well as forward, or projected, earnings. The calls also provide an opportunity for analysts to ask questions on areas of performance where they require more clarity from the company’s management regarding how it intends to respond and manage headwinds. For instance, a major factor underpinning the economic downturn is the fall in oil prices as a lot of banks in Nigeria have very high exposure to the oil and gas sector. Another issue is the impact of weakening naira in the parallel market on companies’ ability to import essential supplies that they cannot source locally. A conference call allows analysts to ask management about this exposure and how they intend to mitigate its impact on performance. Ideally, conference calls should be held quarterly.

Perception surveys offer companies the opportunity to receive anonymous feedback from the analysts community on their decisions and results. Depending on the questioning on the survey, management can get an idea as to how the market views their strengths and weakness, where potential opportunities lie and any challenges that they may not have foreseen themselves. The importance of identifying strengths and weaknesses becomes most apparent in a slowing or contracting economy where the flight to safety in asset classes becomes paramount.

Listed companies rely greatly on perception, which needs to be framed from within. A skilled investor relations team is just as vital as an astute public relations team, just a lot more specialised. Along with the executive management team, investor relations specialists can help sustain the market’s interest in a company. In addition, they communicate with shareholders and the investing public, attracting a pipeline of new investors and sell-side research coverage – while helping to manage regulatory and liability risk.

Companies cannot afford to lay low while they wait for the current turmoil to abate, those who do not prioritise carrying investors along in the current economic climate will find it even harder to convince investor’s once the storm has blown over. They have to choose between hiding from the crisis or, in the spirit of the late John F. Kennedy, take advantage of the market opportunities that it represents. Only those who choose the latter through engagement and clearly-defined communications can expect to whether the storm to their advantage.