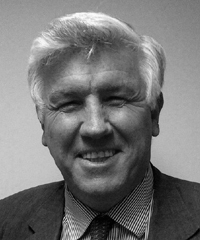 Jonathan Howard, CEO of the Business Council for Africa

Jonathan Howard is the CEO of the UK-based Business Council for Africa (BCA) – a membership organisation for companies and entrepreneurs with business interests in sub-Saharan Africa – and is a supporter of this notion. Through his dealings with many of BCA’s members, Howard has noted an increase in the African diaspora’s interest in the continent.

“I think it’s quite interesting that actually five years ago, when I was based in Ghana, the perception was that [the diaspora] was sort of a brain drain out of sub-Saharan Africa,” said Howard in an interview with How we made it in Africa. “Now it seems to have completely reversed in the sense that they are very keen to become involved in Africa. I suppose not least because of the dreadful position in the European Union, etc, but I think there are a lot more opportunities in Africa.”

How we made it in Africa recently reported on a new survey by the UK-based pan-African private equity firm, Jacana Partners, that revealed that 70% of Africans currently studying towards an MBA at leading Western business schools will return to the continent to work after graduation. Of this 70%, half said they are returning to Africa to become entrepreneurs and start their own companies rather than work for someone else.

In recent years there have been a number of areas that the diaspora have been particularly useful in Africa’s development, according to Howard. The first is in bridging the skills gap. Many members of the diaspora are being grabbed up by Western companies and sent back to Africa to help with these companies’ African operations.

“There is a need for more professionals engaging in business in Africa and the diaspora can certainly help with that, particularly returnees working for multinational organisations, using their international experience and helping to bridge the skills gap,” said Howard, adding that this doesn’t always work out as many of the diaspora haven’t returned to Africa in a long time and are actually surprised by how difficult it can be to do business on the continent.

Some also take up jobs in African divisions at Western-based companies, instead of actually relocating to the continent. “I’ve seen, certainly, a marked increase in the diaspora working in companies in London and in the UK,” added Howard. “I mean now days we have got a lot of legal firms who are members [of the BCA] and it’s amazing now that they are trying to build up their African presence and, more particularly, the diaspora presence in those particular companies.”

Howard believes that employing members of the diaspora is important for Western companies looking to do business in Africa. “I think it’s very important to [these companies] indeed. Not only does it identify them as having people who have a background in Africa – and perhaps understanding the culture in particular and being able to do business – but also I think it does assist them in getting business down [in Africa],” he said. “It’s quite interesting.”

Other ways that the diaspora can help in Africa’s development are in areas of education and skills training. With many Africans having been educated, trained or employed in developed countries, they have the experience and an understanding of how Western businesses operate. The diaspora can pass on this know-how so that African businesses can better engage with Western companies.

Howard said that remittances from the diaspora to Africa also play an important role in the continent’s development. “I think it’s amazing and many people probably don’t realise how much goes back from relatives into Africa. I think I have a figure of US$40 billion going back of which $10 billion is looking for particular investments and these can go into all sorts of things, not least in infrastructure.”