Companies operating in Africa are increasingly looking at tapping the low-income market, or bottom of the pyramid (BOP), as it is sometimes called. 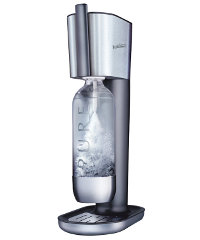 Definitions of the bottom of the pyramid differ widely. There is, however, general consensus that the group has a relatively low income and are underserved by the large, organised private sector.

Catering for the low-income segment often calls for creative business models and product innovation. Although serving this market is not a new concept, slow growth in the more traditional markets are forcing many companies to take the bottom of the pyramid seriously.

One such firm that is busy developing a strategy to target South Africans with less disposable income is SodaStream, manufacturer and supplier of home carbonation systems. Users can make their own fizzy drinks at home by combining flavoured syrups and tap water, and then infusing the mixture with carbon dioxide gas via the SodaStream machine. The company positions itself as a more convenient, value-for-money alternative to brands such as Coke and Fanta.

SodaStream’s traditional market in South Africa is the upper-middle and higher classes, but the company is now setting its sights on the low-income clientele. Although making a soft drink with SodaStream is much cheaper than buying one of the well-known brands at a supermarket, the initial cost of machine – retailing at around R399 (US$55) for the cheapest model – puts the system out reach for the low-income population.

To address this problem, SodaStream carried out a pilot project in Soweto, a predominantly lower income area of Johannesburg, targeting informal retailers or “spaza” stores. The strategy is for spaza shop owners to make their own fizzy drinks using SodaStream’s products and then sell it on to customers, either in cups or bottles, at a cheaper price than what brands such as Coke or Fanta would cost.

“We basically gave them what we call a starter pack, which comprises the machine, a gas cylinder plus a couple of bottles of syrup flavours,” says Guy Rogers, sales and marketing manager of SodaStream in South Africa. Spaza shops were also provided with promotional material.

Rogers says that the pilot project went well, although sales were heavily affected by the weather and the time of year. “On a really hot summer day, some of the guys were selling 10 litres a day. But it varied from day-to-day. It also varied depending on the time of year they were operating. During the school terms, a lot of the kids . . . on their way home would stop at the little kiosks or the spaza stores, and they would play video games . . . and they would buy a cold drink. Outside of school terms, the stalls went very quiet and sales of the product dropped significantly.”

The pilot project involved 20 spaza shops, but according to Rogers, SodaStream would probably need up to 2,000 stores involved to really make it worth their while.

The company is also looking at ways to make the machines more affordable to spaza shop owners. This could be done either by giving shop owners a payment plan or providing the machines at a discount. “We just need to do the numbers to see what works from a business perspective,” says Rogers.

He explains that the company’s strategy is not necessarily to make millions out of selling the machines, but rather to supply the syrup, gas refills and bottles on an ongoing basis.

Rogers says that targeting the low-income population is an important part of SodaStream’s growth strategy. “It is an opportunity that I think most suppliers and manufacturers in this country can’t really afford to ignore.”