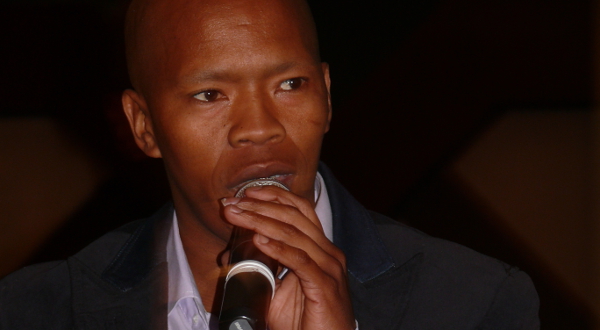 “It is your brain that makes you successful and your heart that drives you,” said Lere Mgayiya, founder of Lere’s Shoe Shine Experience.

For many, the idea of a shoe-shining business brings to mind a small, informal street operation rather than a nationwide venture. But South African Lere Mgayiya has challenged this perception.

He is the entrepreneur behind Lere’s Shoe Shine Experience, a service that can be found in South Africa’s three largest airports – O.R. Tambo (Johannesburg), Cape Town and Durban. And he estimates the business rakes in between R2m and R2.5m (US$142,600 and $178,000) a year.

But the company was actually meant to be a temporary operation while Mgayiya recovered from two failed businesses.

Born in Gugulethu, a township on the outskirts of Cape Town, he has been involved in a number of ventures since launching a car-washing operation as a teenager.

He spent some years working for an airline and then a family business, before starting his own venture supplying parliament and local hotels with eggs and chickens. In 2002 he was selected to participate in the Sanlam Money Game pilot show, a TV series where contestants compete to make the most profit from entrepreneurial endeavours. He won, making over R18,000 ($1,284) profit in just three days.

He invested his winnings into a tree-planting company looking to supply wood to the furniture and construction industry. However, things soon went downhill, and Mgayiya turned to his next idea – a public mobile phone franchise, consisting of portable coin-operated units. The plan was to sell these phones to street vendors, but he soon realised a major flaw in the plan – most informal entrepreneurs could not afford the R6,000-R7,000 cost of these units.

“Sometimes a business might make sense on paper, but the social modeling around it is just not appropriate for it,” he recalled.

No income for two months

His decision to venture into shoe-shining was an act of desperation.

After coming across an informal shoe-shiner operating in the centre of Cape Town, Mgayiya discovered he was earning around R4,500 a month. “And for me, who hadn’t made any income for two months, that was a lot of money… I viewed it as an opportunity for me to reduce my hunger so I can think of something better to do.”

He started shining shoes, using everything he had learnt in previous business experiences and failures.

“I combined them all; resolving to make this business better and ensure it survives. But putting all those experiences together ended in creating a business I didn’t expect could be this big,” he admitted.

“It was the lessons I had learnt before that helped me make it into what it is today.”

Having worked in an airport before, he knew the amount of passengers passing through would make it a strategic location for his service. He used his connections to negotiate a deal to operate in Cape Town International – which took eight months. By that time he had already sold his car to make payments on his house. And he still needed R8,000 to buy his chairs.

“My wife of course came home and thought we had been robbed.”

The next few months he worked long hours at the airport – leaving home every day before 4am, and often arriving home after 11pm.

It’s all about the brand

Mgayiya initially named his company Airport Shoe Shine, but soon realised that customers were not relating to the name and thought it was an airport service.

“While engaging with customers, they would ask me whose business it was. I told them it’s mine, and they asked me why I didn’t call it that, because they wanted to support me, not the airport.”

He also realised that customers – mostly South African business people – enjoyed the experience of interacting with him, and he looked for employees with similar extrovert personality traits.

“These customers wanted someone to connect with, talk to, and find a soft space in the airport, because generally airports are hard, cold places, where everybody is rushed… The shoe-shining experience gave them the opportunity of stopping, sitting down, relaxing for a moment and engaging with someone that they don’t know – a meaningful engagement. And that’s what this business is really about.”

His break finally came when he managed to expand operations to South Africa’s largest airport, O.R. Tambo in Johannesburg. But in the beginning he had been trying for months to get space, without any luck.

In 2006 Mgayiya – who read all the major business papers daily so he could better connect with his customers – came across an article about how the CEO at the time of Airports Company South Africa had taken some positive business strides.

“And the following day she walked into the airport. Of course I knew her; I read about her in the business magazine. So I impressed her. I walked up and told her how well she is doing; how I can see how she has turned the business around because I am at the airport every day. And she was so impressed that she asked me why I have not expanded to Johannesburg.

“I told her I was [having no luck]. She asked for my card and I gave it to her. The following day the retail manager of the O.R. Tambo called me. That’s how I got started.

He opened up operations in Johannesburg’s leading airport soon after, and it doubled his business’s turnover.

In 2008 he expanded to Durban, and the same year he opened in five other airports across the country. However, he soon realised that these were unsustainable financially, and he ended up closing operations in all but Cape Town, Johannesburg and Durban.

“We learnt our lesson. We expanded too quickly to inappropriate places, which almost killed our business. We had to kill those operations fast before they killed us.”

“Thirteen years later I am still in this business, and it was just meant to be temporary.”

His advice to budding entrepreneurs is to be prepared to commit themselves completely to their business, even if it means facing greater risks. “If you are not invested in that business it changes the chances of success.”

However, he noted passion and clever thinking are more important to entrepreneurs than just money.

“Businesses are made from ideas and these come from your head and heart… it is the driving force which is generated from the love and passion for those ideas that makes it successful – it is not the money,” he emphasised.

“No matter how poor you are, no matter what family you come from, or class in life you come from – those two things you will always have. It is your brain that makes you successful and your heart that drives you.”