China’s influence in Africa has grown rapidly in the last decade. Across the continent Chinese companies are hard to miss with involvement in massive infrastructure projects, the establishment of Mandarin teaching centres, and widespread use of ‘Made in China’ technology. 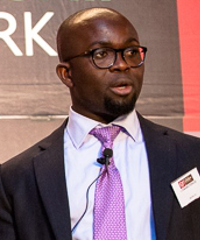 But quite often Chinese businesses are seen as competition, even at times a threat, to local companies. In some countries local citizens have held demonstrations in protest of the growing numbers of “Chinese hawkers” they claim are infiltrating trade. Additionally, the notion that China is Africa’s new colonial master persists.

Isaac Kwaku Fokuo Jr, founder and chairman of the Sino Africa Centre of Excellence Foundation (SACEF), says the growing number of Chinese companies operating in the continent presents an opportunity for local businesses. However “quite disturbing” negative perceptions stand in the way of local companies forging business partnerships with their Chinese counterparts.

“For [domestic] private sector players there are real opportunities to exploit,” says Fokuo.

China’s expansion to Africa was largely driven by state corporations financing or implementing government-led infrastructure projects. But now more Chinese private enterprises are investing in the continent, he adds. Some individuals who worked with state corporations on projects in the past, chose to settle in Africa after completion of their contracts and have set up their own businesses.

The foundation recently launched the Kenya 2014 Business Perception Index survey which covered 75 Chinese companies in Kenya. The findings show not many borrow money from local financiers. Although 50% said they have sufficient capital, Fokuo believes there are opportunities for banks to convince the remaining half to borrow locally. However, he points out most Kenyan banks make no special effort to build relations with the Chinese.

“The Chinese are very relationship oriented. They are very familial. If they walk into a bank and there is no Chinese person they walk away,” he says.

He narrates how a Chinese intern placed at a local bank was able to grow its loan portfolio from Chinese businesses in a matter of months.

“There are banks in Kenya that spend time and money recruiting people to service Italian clients at the coast. I ask myself how much Italian investments come to Kenya and how much Chinese investment is made here?”

One way local companies can foster business relations with Chinese companies is by hiring Chinese interns and Africans educated in China. SACEF runs an internship programme which connects African-based companies to students from top universities in China.

Fokuo says the foundation at times faced challenges convincing local companies to take on Chinese interns. Those that needed engineers for instance, wondered why seek an intern from China and not the US-based Massachusetts Institute of Technology (MIT).

“We deal more with Chinese technology than we deal with MIT technology. So from that logical standpoint why are we so afraid of a 20 year old kid from Shanghai?” he asks.

The survey also highlights how Chinese companies handle staff recruitment and management in Kenya. Although it shows they do hire locals, the management positions are mostly retained for Chinese citizens.

“A lot of Chinese companies don’t have a structured way of hiring people. So anybody who walks up to them on the roadside and says they are looking for a job may get hired. That is an opportunity for you if you run an HR company,” says Fokuo.

Technology, a booming industry across Africa and one China excels in, also presents an opportunity for better business relations. Developers in Africa, he advises, should forge partnerships with their Chinese counterparts to benefit from advanced technology and even wider market access.

“China has over a billion people. Even if 200,000 in China access your software, you will make good money.”