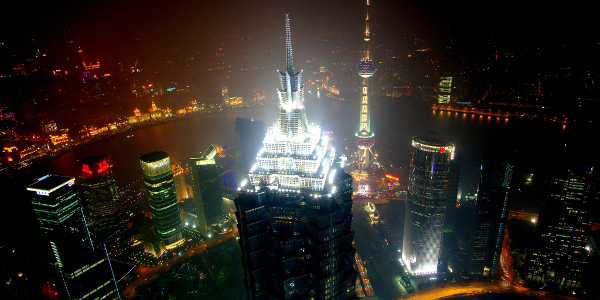 Many see African countries’ relationship with China as one solely between nation states. Chinese multi-billion-dollar financing to an African country often funds large deals, backed by the host country’s tax revenues. But such a focus overlooks the needs of the African private sector, currently in acute need of capital for development. By understanding what underlies Chinese overseas financing strategies, African private businesses may be better positioned to leverage Chinese finance.

The assumption is that Chinese companies are focused on “investing” and “owning” assets in Africa. However, data shows such direct investment has only averaged $3 billion per year between 2010 and 2017. Trade and trade finance are a better representation of Chinese activities in Africa. Many so-called Chinese financed projects to Africa are in fact loans from Chinese banks to promote Chinese exports. Such loans have grown greatly since 2010 and reached $30 billion in 2016.

In recent years, Chinese software and online service giants have been increasing their footprints in Africa’s internet and e-commerce sector by investing in sales channels, local partnership, product development and even assembly lines. Indeed, these business interests are visible and well perceived at grassroots level, yet the sheer volume and scale of those activities are dwarfed by the hundreds of millions of dollars of Chinese funding in the infrastructure, power, manufacturing and real-estate sectors, which all emphasise the exporting of Chinese equipment and building materials.

The rationale behind the Chinese finance model’s “lending not investing” mindset is driven by two fundamental factors underlying Chinese economic policies. One is overcapacity and oversupply in the country’s industrial sector. Chinese economic growth has long been fueled by domestic productivity expansion, especially after the government’s fiscal stimulation after the 2008 global financial crisis. Such a strategy has led to a drastic increase of Chinese industrial product supplies, which failed to meet the proportional growth of domestic demand. The situation has worsened as the infrastructure and real estate markets slowly reached saturation domestically.

Consequently, Chinese industrial firms have been anxiously looking to relocate their production base or increase chance of sales of their products elsewhere in the world. Chinese policy-makers responded to this by strong support in terms of trade finance disbursed by financial institutions to support global purchasing of Chinese manufactured goods.

The other factor driving Chinese lending strategy is fear of foreign exchange reserve depletion. From 2014 to 2016, due to a combination of factors such as economic slowdown, the depreciation of the US dollar and capital outflow, China’s forex reserve dropped by more than $850 billion, or by nearly 25%, in just three years. Concern for Chinese currency depreciation has sparked the government’s strict capital control policy to stabilise the economy.

As a result, Chinese private- and state-owned investment entities were restricted from directly investing in global assets that do not immediately contribute to Chinese forex income growth or overcapacity reduction. This [led to] a sharp reduction by more than 60% of Chinese global investment from 2016 to 2017, which significantly affected the African region. Anecdotally, the African business community may be surprised to find Chinese investors have declined most investment opportunities on the continent in the past two years, particularly in the real estate sector. In contrast, Chinese debt financing to Africa maintained a high level.

What supports the above analysis is that, when looking at African industries that receive most attention by Chinese funders, one may discover that funds tended to go to African countries with high forex income to repay Chinese loans. These countries include resource-rich states such as Angola and Zambia, as well as resource-poor states that have sufficient forex income, such as Kenya (tourism and agriculture) and Ethiopia (manufacturing and agriculture). In these countries, the sectors that received the most Chinese financing are those capital-extensive industries with the potential to utilise a high proportion of China-sourced machinery.

To begin, one needs to understand that the same Chinese channel that funds African state-driven infrastructure development can also be used to fund industrial and commercial construction in the private sector. However, most bank loans require certain security for repayment, but African private sector actors often face obstacles obtaining repayment guarantees from local banks with stringent requirements and a risk-averse mentality. That explains why the majority of Chinese financing on the continent is for projects owned by African government or business tycoons – essentially because of their ability to mobilise sovereign guarantees or central bank guarantees. But in recent years, due to the high debt level of many African states, Chinese financiers have been reconsidering their engagement from pursuing state-driven projects, to more exposure to private sectors.

To unleash a great amount of additional capital from China into Africa’s private sector, bridging the payment guarantee gap thus becomes an essential step. One way to approach this issue is to minimise the borrowing period. African businesses often wrongfully perceive that Chinese financing comes with the advantage of an extended repayment period of many years, as well as a low interest rate. Yet such credit terms often require long-term payment guarantees that are difficult to obtain for private businesses.

The suggestion for African private enterprises is to utilise Chinese financing that covers the construction period only. In fact, commercial and policy banks in Africa often shy away from construction risks, but are happy to refinance a project based on cash-generating assets. Chinese finance on the other hand fears African market risks and limits exposure to their known factors, namely Chinese suppliers and contractors.

The marriage of those two mentalities can bring a new dawn to cash-constrained African private developers. African banks can now issue payment guarantees based on their willingness to refinance a Chinese loan upon completion. Such a guarantee then gets discounted by Chinese financiers into a loan with under 24 months’ repayment period; such a lending model is relatively easily and quickly executed by the Chinese side.

What still needs to be considered is that the majority of Chinese financing to Africa is carried out by Chinese contractors or suppliers who are not financiers themselves, but simply applicants of Chinese export credits. Usually, they do not like to enter a deal that requires the Chinese side to arrange finance and have little interest in advising African business on how to structure the deal to meet Chinese financiers’ requirements. Many African businesses have struggled with the bureaucracy of Chinese contractors; decision-makers based at the Chinese headquarters are often brought in only at a transaction’s later stages, and may turn down a deal without notice or explanation.

Such gaps in the market call upon people fluent in the African project finance market to deepen their understanding of how financing decisions are made in China. Policy-makers and market-watchers, by understanding the fundamental framework of Chinese engagement with Africa, can take better informed action to leverage Chinese economic activities to benefit African stakeholders.