African stock markets have, in some ways, come a long way in the last five years. According to Nerina Visser, head of Beta and ETFs at Nedbank Capital, it was not that long ago that the only way to receive information about trading activity in some of these stock markets was by fax or email. 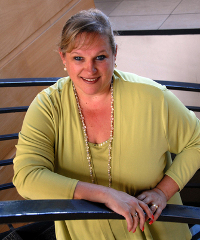 Nerina Visser, head of Beta and ETFs at Nedbank Capital

Fast forward five years and these African markets are now electronic. “When I say electronic, that doesn’t mean that they necessarily have an automated trading system in place but at least they are connected in an electronic way where they can capture their trading activity and [convey] that information to the bigger world electronically which I think is already a big improvement in terms of accessibility to those markets,” Visser told How we made it in Africa.

“Because really your first step always is about research; about understanding what the investment opportunity is all about. And if one cannot get that information electronically it makes it extremely difficult to really assess that opportunity properly.”

However, despite these improvements in African stock exchanges in recent years, the question remains: why haven’t more local companies listed on African stock markets?

What are the deterrents for companies?

“I think there are a couple of aspects to this,” said Visser. “Obviously with the lack of liquidity and trading activity that we used to have, and still have to some extent, for many companies that is a deterrent. What is the value-add for a company to go list in a particular market if there are such low levels of liquidity? Because if you think about it, the role of the stock exchange or a market like that is essentially a place to raise capital for a company. But if there are such limited opportunities available for trading, the companies don’t see that as a viable capital raising place – especially when it comes to, for example, the mining companies. The amount of capital and especially the riskiness of the capital that they are looking to raise from a market is often not really available in many of your African markets because these exchanges and the market’s [participants] often don’t necessarily understand what mining activity really entails.”

Visser said this is why African mining companies often list on global exchanges such as in London or the Johannesburg Stock Exchange (JSE). “Because those are markets that traditionally have got a big resource or commodity base anyway, so you have got market participants that actually understand resources, understand mining, know how to value it, know how to trade in it, how to raise capital and so on,” she explained. “That’s been one of the biggest impediments to attracting especially African mining companies to list on the stock exchanges in Africa.”

In terms of large, African companies, many of those that list on their local African stock exchanges find their listed shares are tightly held by typically the large pension funds in a country.

“There are some huge companies, great multinational companies operating [in Africa] but the shares are just not freely available because they are essentially all held by the government pension funds,” continued Visser. “Even when you get the listings then you don’t get the secondary market liquidity because those shares are typically invested in and then held almost [perpetually] and basically they just receive the dividends that are paid out from those investments.”