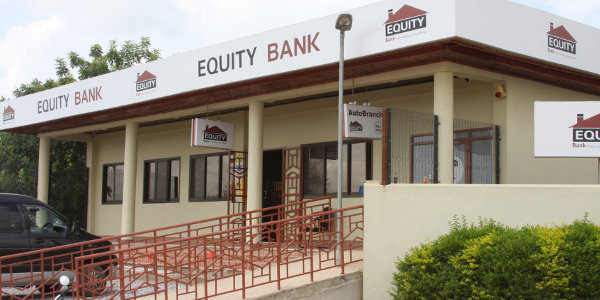 A number of multinational companies have in recent years entered the African market seeking growth opportunities. The likes of Nestlé, Unilever and Coca-Cola, that have a longer history with the continent, have also been making additional investments and expanding their reach.

But these multinationals’ ambitions to tap into Africa’s growth are not going unchallenged as domestic companies fight back for market share. A new report by global management consulting firm Boston Consulting Group (BCG) shows some of these international brands are losing ground to local opposition.

“The surprise that some of them have gotten is the quality of the local competition that has emerged,” says Patrick Dupoux, a BCG senior partner and co-author of the report.

One example of changing tides for multinationals is the case of Nestlé, the world’s biggest food and drinks company. In 2011 Nestlé talked of plans to invest $1.4bn to expand production capacity in Africa citing growing consumer demand. But in mid-2015 it announced plans to cut 15% of its workforce across 21 African countries because it over-estimated the rise of the middle class.

With no other markets to fall back on, BCG notes some African companies have been aggressive in their investment in their home and neighbouring countries, even when multinationals appeared hesitant. Moroccan insurer Saham Group for instance, has bought shareholding in companies in Angola, Kenya, Rwanda, and Nigeria – even though the insurance market in most of the continent is in the early stages of development. And when growth kicks in, as is projected, BCG says Saham will be in a good position to compete.

While multinationals continue to sell products made for western markets, African companies have also exhibited focus by developing products specifically for local tastes.

Multinationals could benefit from having top executives working in one market for longer than is often the case. BCG notes most multinationals use expatriates who typically get rotated every three years. As a result they don’t have adequate on-the-ground experience, strong industry relationships and understating of local culture compared with their counterparts working for African companies who may have stayed in the same role for many years.

This understanding of the market and connections with other industry players has helped some companies break into new parts of the value chain. Moroccan dairy company Copag, for instance, has leveraged its strong connections with producers of raw milk to expand beyond distribution into the manufacturing of cheese and yogurt.

But being of African nationality or lineage is not relevant in having on-the-ground experience, says BCG. What matters most is the time a senior executive accumulates in a market and their ability to understand local dynamics.

Multinationals should also learn to adapt to the lack of reliable data and cultivate their own sources as some African companies do. BCG cites the examples of Tanzanian company METL Group which collects market information using its salespeople and managers, and Kenyan manufacturer Bidco that leverages a database of more than 6,000 consumer email addresses to improve its understanding of what consumers want when they shop for cooking products, soaps and detergents.

African companies’ good understanding of the market has also influenced good judgement – even in the absence of data. Riding on the confidence of good operations in South Africa and Cameroon, mobile telecommunications company MTN expanded to Nigeria in 2001 even as multinationals that had a chance to bid on spectrum hesitated – afraid of risks and unaware of the opportunity. Today MTN has over 50 million subscribers in Nigeria.

African companies have benefitted from being flexible in their processes, their engagement with distributors and response to customer needs. While US and European banks insist on customers having collateral for an account or loan, some African banks require only proof of identity and may even accept personal belongings as collateral.

Kenya’s Equity Bank, for instance, has found success by making it easier for people to open bank accounts and access credit, especially those in the low-income and informal markets that were ignored by other banks.

Flexibility, even in decision making, gives local companies an upper hand compared to a multinational that may have to wait for the final word from executives sitting thousands of kilometres away. For example, in response to Ghana’s ongoing energy crisis, food manufacturer Promasidor quickly acquired additional generators, while some of its multinational rivals were out of the market for months as they waited for decision-makers in Europe to approve their purchases of generators.