“I’d lie to you if I tell you we do not consider Africa. Africa is booming. We know they have a lot of agriculture and a lot of development taking place. And when I talk about Africa, I’m talking about full Africa; I’m not talking only about South Africa.” 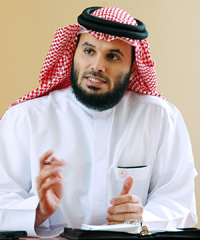 “We are in discussions with different parties to see what kind of affiliate we can have in producing, or manufacturing or even agriculture,” he explained.

Al Islami already has a presence in Libya, a market they entered after the Libyan revolution in 2011 with the opening of their franchise restaurant. Lootah said that they have been amazed by how well the business has been doing since. “We were really surprised of the potential, we weren’t expecting this. But maybe it’s because the market was very dry and they were waiting for something new, something different and this is why it became very good [for our business].”

In the next 10 years, Lootah said he would like to see the company enter into Africa’s manufacturing and agriculture industries. There have already been discussions with companies in Djibouti, Ethiopia and South Africa about setting up food manufacturing plants.

Africa’s Muslim population has also been identified as an opportunity for expansion. According to Lootah, these consumers have become more educated because of the internet and social media and they are looking for quality Halal food.

“Muslims have food with the Shariah way, it is how it’s supposed to be. There are some specific slaughtering processes, similar to the kosher meat.”

He added that Halal food is a growing industry globally, including across Africa.

“Africa we looked into seriously when we were looking into the demand for the Halal food. South Africa has a good population of Muslims which is why we went there… to have [discussions on] the manufacturing process and we had major discussions around even exporting our own products or creating a joint venture with them – mainly for the Halal food [market] in that part of the world.”

Lootah is also a speaker at the Africa Global Business Forum, taking place in Dubai at the beginning of May, and said that he is looking to learn more about the opportunities to expand the business in Africa, and identify local partners who can help him do this. “We are looking for partners who believe in what we have and believe in our capabilities and at the same time have the know-how on that part of the world and the contacts.”

He added that finding the right local partner is vital to being successful in Africa. “Make sure you have the right partner. Make sure there is a chemistry between you and whoever you want to deal with because with my experience we have great success stories and we have some that aren’t that good. If you don’t put your hand in the right parties’, it’s a big problem for you. It’s like a marriage, so you make sure that you do your homework properly,” he added.

However, there are some concerns, such as Africa’s poor transport infrastructure and political instability, which has made Lootah cautious about expanding into the continent.

“Politics, stability, and a lot of change we see in the regime… you never know how the stability is going to be which maybe makes people think twice about going there,” he explained. “Otherwise, in terms of opportunities, there are a lot of opportunities.”

Africa’s infrastructure deficiency is also a deterrent for Lootah. He added that he would like to see more development in Africa’s ports and better transport networks between the United Arab Emirates and Africa.

“This is something we always face as a problem, with a real example with Sudan and Somalia. They have a very good meat which we started importing but you can never predict when the ship comes or when the plane comes, you just keep praying that it will arrive. These kinds of things can really affect business drastically.”