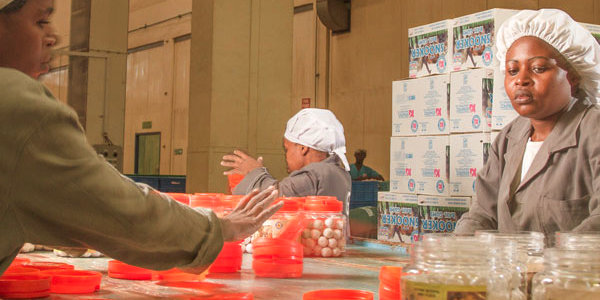 The below is an excerpt from PwC’s recent Africa Business Agenda report.

Kenafric Industries is one of Kenya’s leading manufacturers of confectionery, food, footwear and stationary products. Its success mirrors many of the changes in Kenya’s economy since the 1970s. Today, the company employs more than 1,500 people and exports to 13 other African countries. Bharat Shah, vice-chairman and past managing director of Kenafric, shares some of the company’s experiences as well as lessons learned from over three decades in business.

Bharat joined the business in the early 1980s when Kenafric was largely a distributor of retail and wholesale goods like sugar, maize flour, cooking fat, confectionery, sanitary paper products and pharmaceuticals. In 1982, major political upheaval in Kenya almost wiped out the business.

They created a shoe style called ‘Dancing Queen’ that took the Kenyan market by storm. Their competitors were quick to copy their success, however. One competitor had 11 production machines compared to Kenafric’s three.

“My only choice and weapon was to take risks”, he recalls. The family committed to establishing Kenafric as the number one shoe manufacturer in Kenya in three years. They sustained the business through a difficult price war and fierce competition in the school shoe segment.

The price of shoes fell dramatically and destabilised the market. Bharat recalls the number of shoe manufacturers declining from 18 to four or five during this time. “The people who didn’t have the guts – this is about the guts or courage that you need – started packing up and leaving,” he says.

In 1989, the war between Iraq and Iran disrupted the market once more. PVC is a petrochemical by-product and as the war caused the price of oil to skyrocket, the price of PVC went up as well.

Kenyan consumers could not tolerate the price increase and Bharat realised they were playing with fire. Businesses that require imported inputs are vulnerable to external shocks and very often, the business has no control.

He notes, “It’s very important to build the domestic line and the domestic market because if foreign markets collapse, you still have a strong local business. Product and market diversification helps to cushion you against these risks.”

The family had always dreamed of going into sugar manufacturing and by 1989, they had closed the distributorship to focus on manufacturing. Furthermore, having experienced pressure on the PVC supply line during the Middle East war, they were keen to focus on a new product line: confectionery goods. They bought second-hand machinery to produce hard-boiled candy and later bubble gum, ball gum and white mints.

Their interest in confectionery began with a realisation that 50% of Kenya’s population consisted of children. “There is nothing cheaper than a sweet, for a child to enjoy his life,” says Bharat. And while the business was initially successful, in 1991 the value of the dollar fluctuated significantly in response to trade liberalisation policies and frozen development partner activity.

The company was buying gum base from Belgium and needed foreign exchange to pay for it, but all the company had was Kenyan shillings. “Fortunately, the supplier was an owner-operated company and understood the dilemma,” Bharat recalls. “If it had been a big corporate, we might have had problems.”

Among all of the lessons that Bharat has learned in his 30-year working career, one of the most difficult lessons involved chocolate. Until this time, the business had focused on the cheaper end of the confectionery market, but they believed that Kenya’s growing middle class presented an opportunity for more expensive products like chocolate.

Unfortunately, Bharat recalls, “we misread the market. Our chocolate line failed, and this was very disruptive to our business.” At the same time, non-tariff costs were increasing and the shilling was depreciating. Sales declined, cash flow took a hit and the VAT refund owed to the business was very large.

Discouragement at board level trickled down to the rest of the business. Bharat recalls that it took about a year to recover. He learned some very important lessons. “With our chocolate business, we never looked at the other side of the coin,” says Bharat: “If it fails, how do you manage that scenario?”.

The company is now expanding into juice and food additives, having learned some important lessons about competitive advantage. Bharat believes that the keys to competitive edge are innovation, careful thinking and marketing.

“Brand has more value than your factory,” he says. “The common mentality was never to spend money on marketing but this is changing.” He attributes this change to the next generation coming on board. “They have brought a degree of professionalisation to our marketing”, he adds.

Kenafric has invested in professionalisation on many fronts, such as by implementing reporting levels and structures and identifying the right people to run the business. The business has several advisors who contribute expertise in different areas.

Bharat recommends using trusted business advisors who have different perspectives to insiders. He encourages the next generation of family business owners to do their homework, use the business’ experience and invest wisely.

Looking back on his career Bharat says “Even if you’re educated, without experience, education is meaningless. Also, it’s good to fail sometimes.” Bharat continues to have a strong ambition to “grow the pie such that Kenafric’s thriving business fulfils the dreams of the next generation”.

In February 2017, Amethis Finance and Metier, a private equity fund manager, announced their partnership with Kenafric in the acquisition of a significant minority stake in their business. The move to bring in external investors is part of the Shah family’s plan to institutionalise the business and achieve its ambitious vision.