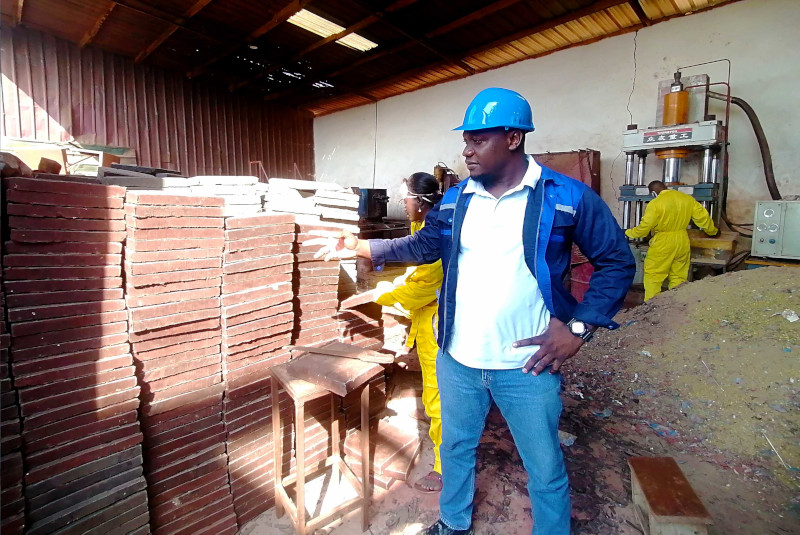 These days, Nelson Boateng calls himself a “reformed plastic bag manufacturer”. The 36-year-old entrepreneur, who at one time recycled tonnes of discarded plastic sachets into pellets to make plastic bags, had a moment of reckoning before striking out on a new – and far more environmentally responsible – path.

That year, severe flooding aggravated by plastic waste sent floodwaters sweeping through Boateng’s densely populated home area of Ashaiman, in Accra. On June 4, some two hundred people sought shelter from the floods at a fuel station in the area. They died when the fuel station went up in flames.

While the event itself was shocking, what happened next proved to be life-changing, for Boateng. The Ghanaian government investigators blamed the flooding on plastic waste material that had clogged the drainage system.

“I was unhappy realising that I had been a contributor to the menace all this while,” said Boateng from his workshop outside Accra. 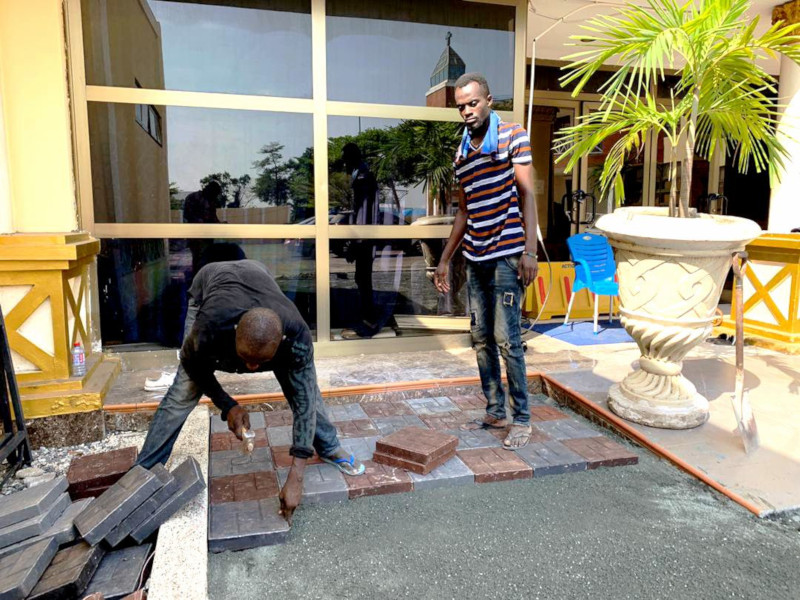 Before the floods, Boateng’s factory used to churn out millions of plastic bags a year. Business was good, he said. Just 13 years old when he started working as a plastics factory hand, Boateng had learned the business through hard-earned experience, becoming a co-owner of the plastics company where he worked, at just 28. By 2015 he had converted a minority share into a significant investment.

The flood forced a change of direction. On one hand, he questioned the impact on his business and on the other, the government added a “push” factor by issuing a ban (often ignored) on plastic bags.

A pivot was required and Boateng founded Nelplast, a company that is now turning tonnes of plastic waste collected from around the city into building bricks that are even being used in the construction of churches.

Boateng can usually be found at the site, which he owns, on weekdays, overseeing his employees as they mix plastic waste with sand to create a paste which is then compressed into bricks.

“The plastics are crushed, washed, semi-dried and mixed with the sand and subsequently passed through an extruder. When the mixture comes out of the extruder you see it in the form of a paste,” he explained.

“This paste is put on a weighing machine to ensure that all the bricks are of uniform size. The hot paste is put in another machine and given a minimum amount of pressure. After it cools, the product is ejected from the machine and the final product – which is the bricks – are packed,” he added.

“Nelplast supplies products to private individuals, corporate organisations, and churches in Accra. One of its biggest clients is Christian Action Faith Ministries Chapel International, where the bricks have even been used as pavement blocks,” said Boateng. 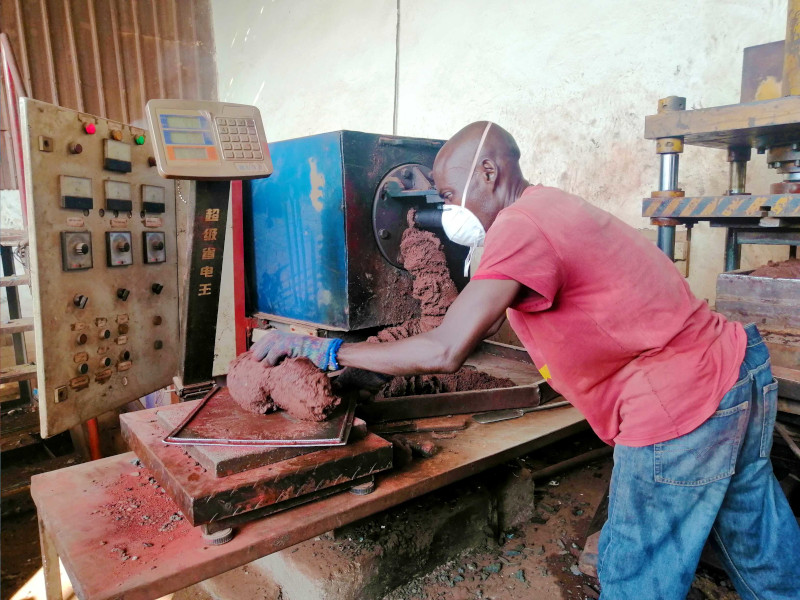 When he started it, success with the new brick project didn’t come overnight. It took more than three years of trial and error to achieve the desired mix for the bricks. He finally settled on 30% plastic and 70% sand for the bricks.

In Ghana, the average cost of a cement block is 5 cedis – the equivalent of $0.67. This is what is commonly used in the construction market in the country. Boateng’s bricks cost a cedi less – and come with several unusual advantages.

“They are durable and don’t crack easily. Apart from that, they can withstand all types of weather. They are resistant to algae and have sound absorption properties as compared with cement blocks,” he said.

Boateng explained that it was difficult at first for potential customers to accept his plastic and sand-infused bricks. But the public warmed up to the idea after seeing a complete prototype house which took the company thirteen days to construct and used about 400 kg of plastic waste.

By late 2018, Boateng’s ingenuity had begun to yield results. He received a government award for his work – a recognition that bolstered his confidence.

“This was reassuring because I felt that finally I was being noticed,” he said, showing off the plaques he had won.

Boateng says even though he had made great inroads with his innovation and is helping reduce environmental degradation from plastic waste, he still has bigger dreams.

“I don’t have enough funds and machines to boost production but when I get investors, I can do more. For now, I can only hope that people will come on board so that I can move on to my next big idea – which is producing roofing tiles made from plastic waste,” he said.