It has not been business as usual since October 2011 when Kenya sent its troops into Somalia in retaliation to terrorist group al-Shabaab who kidnapped tourists holidaying on the Kenyan coast. 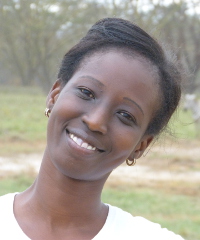 Just days after Kenya’s military campaign began, al-Shabaab revenged with a grenade attack at a bar in downtown Nairobi. Since then the terrorist group has carried out numerous attacks on churches, buses, police stations, bars, hotels and markets. Ten months ago at least 67 people were killed at the Westgate shopping mall in Nairobi in a four-day siege.

As a child, the first terrorist attack on Kenyan soil I could comprehend occurred in 1998 when the US embassy in Nairobi was bombed. I was only nine at the time and lived with my family in a small town in rural Kenya.

Today I’m based in Nairobi and, as an adult, I understand the implications of each terror attack – lives are lost, property destroyed, the image of Kenya further dented and a feeling of fear (sometimes unity) sweeps across the nation.

Sometimes when I go to church – usually right after news of a church attack in another part of the country – I get an uneasy feeling, worrying that something might happen. This despite the fact that all congregants now have to go through security checks before they can enter the church. We have also been taught how to quickly evacuate the facility, among various other safety measures.

These days most buildings in the city have security checks. Previously I found the exercise a waste of time but nowadays I get angry if I’m let in without my bags being screened. I know I am not a terrorist, but if I can get through unchecked, who else can?

Occasionally I have received SMS warnings of an impending attack on a particular shopping mall or advising me to steer clear of certain areas. Initially I would deliberately avoid these places. However since many of the SMS warnings have turned out to be false (or maybe the government neutralised the threats), I started paying less attention to them.

The really sad thing about terrorism is that it instils fear even where there is need for none. A few months ago I suggested a business meeting at a coffee shop in one of the Nairobi malls. The person I was meeting quickly reminded me that the mall was on the list of places to avoid, as per an SMS warning that was doing the rounds. My response was that we will never really know where an attack is going to happen and we shouldn’t inconvenience ourselves. Of course there are places I have chosen not to go to as a safety precaution. For instance, during the World Cup I avoided crowded restaurants, especially at night. After all, even the government had urged people to watch the games from home for safety reasons.

Recently, while on the bus home, I suddenly noticed an unattended bag on the seat next to mine. I panicked. All I could think of was that there could be explosives in the bag. Then I realised there was a bunch of school kids seated in front of me. It turned out the bag belonged to one of them. I was relieved but gave the boy a tongue lashing.

However, this doesn’t mean I live every minute in fear. After all, Kenya is in no way a war zone. Kids go to school, new buildings are coming up and shopping malls are open. Most businesses that are not linked to the tourism industry continue to thrive. Every day I meet optimistic people, entrepreneurs with ambitious plans and foreign investors enthusiastic about the economic potential of the country.

As Kenyans we just need to keep our eyes open and exercise caution, but we shouldn’t let fear paralyse all aspects of our lives.

Yes, I have had many moments of disappointment towards the government for not doing enough to secure the nation. I have also been angry by how the events have been reported on in international media, giving the impression that the whole of Kenya is exploding.

But I have also had moments of pride watching my people – often divided by ethnic hate – come together because of a common enemy. My prayer is that the love and unity will stand long after al-Shabaab is defeated.

Dinfin Mulupi is a How we made it in Africa journalist based in Nairobi.