The idea of a ‘gateway’ into Africa has become a dated concept. Entry into African markets now mainly depends on the nature of the investment, says Yunus Suleman, chairman of KPMG Africa. 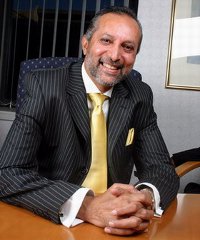 On the occasion of the World Economic Forum on Africa 2012 that is currently taking place in Addis Ababa, Ethiopia, KPMG Africa has released a report on foreign direct investment (FDI) in Africa, titled African Emergence – The Rise of the Phoenix.

“Practically, there is no single ‘gateway’ but several ‘gateways’, obviously including South Africa but with Egypt, Kenya, Mauritius and Nigeria (and others) representing no less an opportunity. There is empirical evidence to suggest that, in a few years time, South Africa may no longer be the largest economy on the continent. Nigeria is expected, with several other countries, to close the gap,” says Suleman.

The report finds that while Africa offers significant investment opportunities, the continent has not yet reached its potential. Suleman comments that “FDI is an essential component of Africa’s sustainable, positive future. And, it’s good for investors too – there is undoubtedly money to be made in Africa, recognised today as one of the world’s most attractive high growth markets. Understanding FDI, what it means to Africa as much as to the global investor, accessing these funds and securing the desired returns are all very much part of today’s African story.”

Increasingly, investors have become aware not only of the risks of investing in Africa, but the risk of not investing in the continent. They have become more focused on where in Africa to invest, as opposed to whether to invest or not. Increased awareness of the potential size of the African consumer market, and a number of significant discoveries of oil and minerals in recent years, which have again highlighted the natural resources potential, have all played their role to attract additional investment to the continent. Concurrently, an increased interest from foreigners and local governments alike to address the continent’s infrastructure challenges has seen increased investment in roads, rails and ports.

“Unlike China, India and Brazil, Africa is not a country: it is a continent of 54 very diverse countries each with its own natural and cultural endowment as well as regulatory environment to be navigated through. Whilst regional economic integration is creating greater economies of scale and lesser complexity, doing business in Africa requires to be guided by a deep understanding of the landscape and experience in stewarding successful translation of the immense opportunities into rewarding returns. Without this direction, many international investors have burnt their fingers and somewhat contributed to the earlier scepticism about the prospects of the continent. Those who have been guided through the complexity of Africa have realised premium returns unseen anywhere else in the world and are part of the emerging story of Africa as a priority investment destination,” says Josphat Mwaura, CEO of KPMG in east Africa.

In a statement KPMG notes that the expanding economies of Asia and Latin America will enhance trade with Africa in the future. Traditionally most FDI in Africa has targeted northern African countries. With the Arab Spring in 2011, this picture changed in favour of sub-Saharan Africa. This trend is expected to continue over the next decade since sub-Saharan countries have become more attractive destinations for FDI. Inner-African investment remains weak, amounting to about 5% of the volume of all FDI, most of it contributed by South Africa. Nevertheless, Nigeria and Kenya are playing a more important role in west and east Africa respectively.

All of this drives higher investment from companies and countries seeking a foothold in Africa and looking to take a share of the tremendous wealth and potential that has yet to be unlocked. What we have seen to date is the tip of the proverbial iceberg – the continent has much more to offer and investments will continue to flow.