It is expected that by 2030 about half of Africa’s inhabitants will live in urban areas. But as Africans leave the farms and move to cities, stakeholders are worried about future access to, and affordability of, food in urban centres. 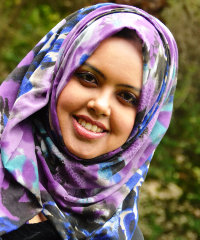 In several African cities such as Kampala, Dar es Salaam and Lusaka, urban agriculture is slowly taking root as households seek to improve their access to food and generate supplementary income.

In Kenya’s capital Nairobi, dwellers previously used their backyards to grow vegetables and keep chickens. But due to increasing pressure on land most of these suburbs are now dotted with multi-storey apartment blocks. Even in standalone houses, developers are either doing away with those backyards or making them smaller.

Kenyan-based real estate agency, Hass Consult, has developed a farming real estate project located in Esidai, outside Nairobi, targeted at urban and middle-class farmers. The company acquired a 100-acre plot, and is putting in infrastructure such as water for irrigation, fencing, roads and electricity. The serviced farm will be sold in 4-acre parcels.

Hass Consult CEO Farhana Hassanali-Hashmani says the project is bringing together two industries: real estate which has been booming for years, and agriculture where more needs to be done. She notes a similar hybrid between the hotel and real estate industries has been successful with a number of serviced apartments now in operation in Nairobi.

“We have done gated residential projects in Nairobi, so figured we could replicate the same concept by creating gated serviced farms,” she says. “We are targeting the urban farmer looking for lucrative opportunities. So far we have had a lot of enquiries and received a couple of cheques already. In fact we got our first cheque the same day we launched.”

She notes it is also a route to property ownership for buyers who don’t have money to buy or build a house right away. They can take advantage of a good road network, a ready market in Nairobi and even proximity to the Jomo Kenyatta International Airport if they want to export produce and generate income as they save and plan to build a home in the future.

“It is also a form of land banking, only that you can generate income in the meantime instead of letting the land lie idle,” she says.

Hass Consult is also hoping to attract restaurants and hotels which often cite access to fresh produce as a challenge. According to Hassanali-Hashmani, the Esidai area is conducive to growing a variety of crops such as tomatoes, onions, watermelons, peppers, cabbages and mangoes.

Kenyan urban dwellers are often still tied to their rural homes where they have extended family and some own inherited land. But engaging in commercial farming is “tedious”, Hassanali-Hashmani says, because the farms are often a long distance away and infrastructure poor.

Whilst most of the target customers can still afford to buy land and engage in farming on their own, she explains the comfort of security and shared costs of infrastructure offered in a gated community would appeal to them.

But how will professionals with no background in farming fare?

Hass Consult does not yet provide farm management services although it may be introduced in future projects. However, buyers will be linked with agricultural experts who will offer agricultural information, extension services and market links. “I think people find farming mysterious. But if you have land, the services, a market and a consultant to advise you, you should be able to do it right,” she says.

The company intends to learn from the Esidai project and replicate it in other urban centres.