Towards the end of May, French retailer Carrefour announced that it will enter Gabon in the coming years. Singapore-based agribusiness company Olam has also invested in a fertiliser complex and an oil palm plantation in the Central African country. 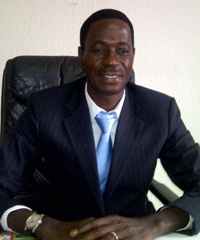 Gabon is not known as one of the easiest business environments, but these investments show that multinational companies are finding opportunities in the country of less than two million people.

The francophone country has significant potential in its oil and gas, mining, agriculture and forestry industries. Gabon’s forests cover around 80% of the country, representing the second largest forestry potential in Africa.

“The government is doing a lot of infrastructure and housing around its forestry and agriculture industries, and the opportunities are driven by government for the private sector,” Cheikh Ndoye, the DHL country manager for Gabon, told How we made it in Africa.

According to Ndoye, potential investors should consider the opportunities presented by Gabon’s Special Economic Zones (SEZ), especially in terms of fiscal benefits.

One example is the Nkok SEZ, which is geared towards the forestry industry and adding value to raw materials exported from Gabon.

The SEZ offers a number of advantages to investors, including full exemption from tax for the first ten years, and then concessional tax of 10% for the next five years. They are also fully exempted from custom fees and duties on imported materials, such as machinery, and the export of manufactured products. Furthermore, investors are exempted from paying Value Added Tax (VAT).

Investors also benefit from relaxed labour laws and a 50% reduction in the price of power compared to the electricity costs existing in the nearby capital city of Libreville.

Gabon also has an SEZ for its mining and oil and gas industries, according to Ndoye. The 1,500 hectare Mandji Tax Free Zone near Gabon’s oil capital, Port-Gentil, offers similar benefits for investors.

These industrial sites, Ndoye noted, are being developed with housing components, which are forming small towns and creating employment for the local population.

What should investors know about Gabon?

Ndoye started working in Gabon as part of DHL just over a year ago and said he has not had a bad experience in the country yet. “We have the best security in Libreville. Compared to other African cities like Lagos, Libreville is safer.”

DHL has also seen business pick up in Gabon since February, which Ndoye owes to improvements in the country’s customs efficiency in clearance processing.

For investors looking at Gabon, he offers five pieces of advice that can help improve their business experience – and success – in the country.

Patience is required: “Foreign businesses must be patient, things can be slower than they are used to,” added Ndoye.

Be prepared for bureaucratic hurdles: One of the things that Ndoye said he would like to see improved in Gabon is the legal system, and advises businesses to be prepared to have to overcome bureaucratic obstacles.