Gabon has signed four major agreements with multinational companies from India and Singapore. 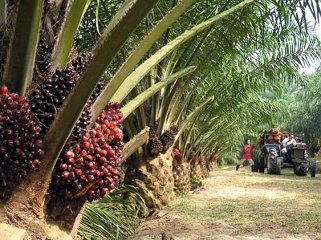 Singapore-based Olam has partnered with the Gabonese government to develop the country's palm oil industry.

The projects, which amount to a total value of US$4.5 billion, include the following:

The projects are expected to create more that 50,000 direct and indirect job opportunities.

The SEZ of Nkok

The SEZ of Nkok will primarily be dedicated to Gabon’s timber industry. Singapore-based company, Olam, is partnering with the government to develop the project.

Situated 27 km to the east of Libreville, the SEZ will cover a surface area of 1,146 hectares, of which 40% are reserved to industry, mainly the transformation of timber.

Construction work on the $200 million project started on 1 August 2010 and the zone is expected to be operational by the end of March 2011.

Olam will also partner the government in the establishment of palm tree groves in the regions of Mouilla, Ngounie, Nyanaga and Tchibanga, all of them savanna zones in the southeast of the country.

The plan foresees a first phase of 50,000 hectares for an investment of $200 million. The entire project is envisaged to boast 200,000 hectares of palm tree groves.

It has been announced that 30% of the surface area of the plantations will be held by Gabonese entrepreneurs, who will be assisted through an education programme on the management of palm tree groves.

Government expects the development of Gabon’s palm oil industry to eventually account for $800 million in export revenues per year.

An Indian firm, Ramky Infrastructure, has won the contract for the construction of 1,000 km of tarmac roads, including several sections of the road that connects Libreville and Franceville. This contract is a private-public partnership.

The contract for the construction of a social housing project has been allocated to the Indian company M3M. The development will comprise 5,000 units and construction is set to commence on 15 October 2010.

The housing scheme will be entirely financed by M3M at a total amount of $100 million.