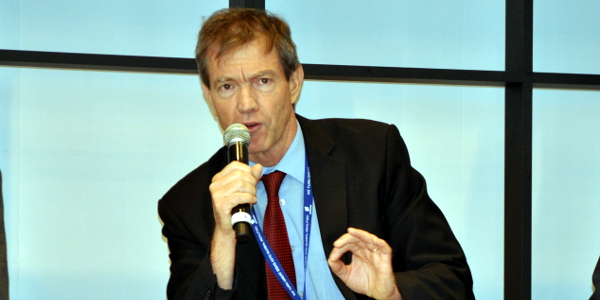 Sub-Saharan Africa remains the most unbanked region in the world, with estimates that well over two-thirds of the adult population lack a formal bank account. Reasons behind this include a low penetration of banking infrastructure, a strong informal economy, and rigid requirements for opening a bank account, which often exclude lower-income people.

On the other hand, financial technology companies (fintechs) have managed to plug some of the gaps with innovative solutions.

The mobile payments service M-Pesa, which allows users to make payments, send money and store cash without a bank account, is used by more than 70% of the Kenyan population. Consumer finance company M-KOPA has managed to sell solar energy systems to over 425,000 low-income customers, since 2012, in Kenya, Tanzania and Uganda, using an innovative repayment plan. And mobile credit provider Tala has lent US$20m in microloans to over 150,000 customers in Kenya in the last year.

It is these companies, and many more like them, that have led people to believe that fintech might completely leapfrog traditional banks in east Africa and on the rest of the continent.

But John Staley, chief officer of finance, innovation and payments at Equity Bank, disagrees. Equity Bank emerged from a bankrupt building society in the early 1990s, and is now a leading bank in east and central Africa, with around 10 million customers.

During a panel discussion today at the annual AfricaCom event in Cape Town, Staley said, “In the future, banking in Africa will be done by banks.”

He argued that most fintech companies are focusing on unsustainable business models based on payments and loans.

He added that while some fintechs, like mobile transaction solutions company wiGroup, are finding high margins by working with retailers, person-to-person payments will eventually end up being free.

“So to make money out of a payments game will be very difficult in the future, because there is no money to be made out of payments.”

Staley argues that fintech companies focusing on providing loans also have an unsustainable model, as they don’t have the float (cash reserves) that banks do. Therefore, their annual percentage rates of charge (APRs) are high.

“The only way you can do loans successfully is if you have a float… And if you have a look at some of the fintechs that are coming out in the loan space – and this was printed in a Kenyan newspaper last week – the average [APR] is 100% per annum… That is not great for anyone in the industry,” he said.

“So you need to have a float, and the only way you can have a float is if you are a bank.”

He added that while innovations like Bitcoin – and its blockchain technology – could potentially be a game-changer, Africa is still a continent of 54 countries, each with its own regulator.

“Yes, block-chain could come along and you could move money which is outside the system, but regulators don’t like things moved outside of the system, unfortunately.”

He added that there is room for banks to partner with fintech companies and become more customer-focused.

“Big banks are waking up to this space [in Africa] and we have to partner with fintechs in specific areas… But ultimately if you are going to do financial services, unfortunately you need to be a bank.

“And I know that is a little controversial.”

What do you think? Have your say below or on Twitter, @madeitinafrica.