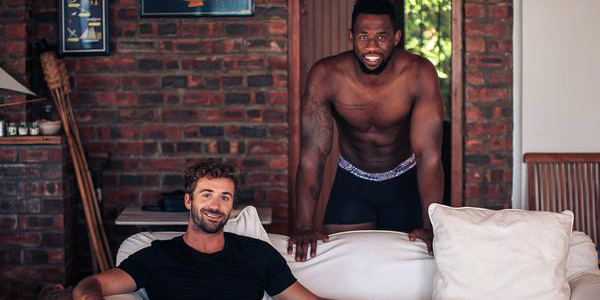 Siya Kolisi and Tim Whitehead are no strangers on the rugby pitch but not many know that they are the brains behind Frankees, an underwear e-tailer.

All professional athletes one day reach a point in their careers where they have to decide what’s next. For Tim Whitehead – a former DHL Stormers and Sharks centre – it was to start his own business.

He had the idea while holidaying in Vietnam and, truth be told, only wanted to sell clothes online to fund his travelling addiction. Having begun to learn about running a business while still playing rugby, Whitehead knew that he wanted a partner and called up DHL Stormers captain Siya Kolisi. The two had been schoolmates at Grey High School in Port Elizabeth and teammates at Western Province. Kolisi jumped at the chance.

It was only after teaming up that clothing was refined to underwear and that the business idea turned into more than a way to fund plane tickets and hotels.

Thus the two embarked on the process of creating the perfect men’s underwear for Frankees, their online shop selling its own range of men’s and women’s underwear sporting South African prints such as proteas and traditional shweshwe. All their men’s trunks and women’s knickers and boy-legs are made from 90% locally-sourced materials by a factory in Durban – but, says Whitehead, as of October 2018 they will be using only South African raw materials. 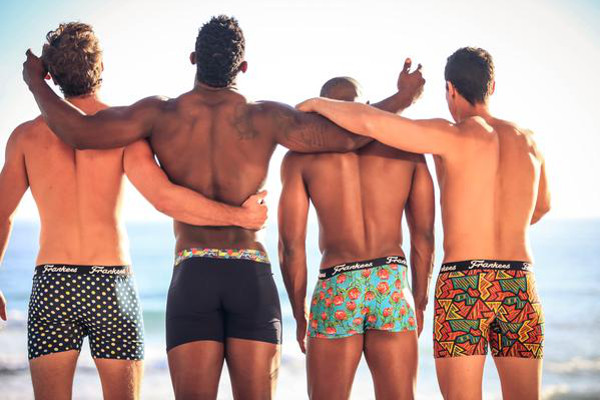 It took them almost three years from the initial idea to the official launch in June 2017. But since then, Frankees has steadily been building up a following. Although the bulk of their sales still comes from South Africa, overseas orders have begun to come in, too. In fact, fulfilment centres in the UK and Australia are in the pipeline to cope with growing demand.

Initially, though, Whitehead was hesitant to pursue the overseas market as he was concerned that the US$15 shipping fee, which is almost equal to the price of a pair of Frankees, would be a deterrent. “That was a massive concern for me. We wanted to start in South Africa but give the rest of the world access to our products – how to go about that was the question,” he says.

However, after working with their delivery partner, DHL Express, he and Kolisi decided to test the international market and discovered that Whitehead’s fears were unfounded. He says, “I realised that if people want your product, they will pay for it.”

“It takes a constant push to get those sales, especially being based in South Africa, where online is still relatively young,” says Kolisi, who is in charge of Frankees’ marketing.

Despite having had a lot to learn, Whitehead and Kolisi face each challenge head on. Whitehead says, “It was a lot more difficult that I thought it would be. One promise we did make to each other, though, was that whatever the hurdle, we’ll get passed it somehow.

“Everybody who has started a business will tell you that it is not easy, and it isn’t. But it is attainable, so go for it. I want to set an example to other rugby players and other athletes to actually give it a go and make it happen – and to really just enjoy it, because it is a ride, a complete journey. We are having a fun time and hopefully everyone else will too,” Whitehead continued.

“They must know they are more than just sportsmen – there is something more than rugby.”