Cement consumption in Africa is poised for growth as construction of new housing and infrastructure projects continue. 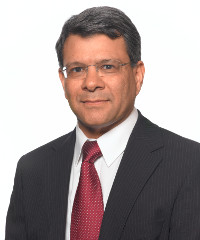 The 2013 CW Group Kenya market update report predicted that Kenya’s cement per capita consumption will for the first time surpass 100kgs per person in 2014. This makes Kenya one of the leading cement consumers in East Africa, but it is still relatively low compared to Egypt which, according to Global Cement Report, consumed 554kg/capita in 2012.

Pradeep Paunrana, managing director of ARM Cement, one of the largest cement manufacturers in East Africa, says the company is planning to double its more than 2m ton annual capacity to meet growing demand in the region.

Formerly known as Athi River Mining, the firm was established in 1974 by Paunrana’s father, HJ Paunrana. Initially, the company focused on mining limestone for use as agricultural lime and eventually expanded its product range to animal feeds, industrial mineral supplements, paint, glass, rubber, ceramics and many other industrial products. Value added processing became the firm’s key business as it manufactured and supplied products to almost all sectors.

“He located the company very close to East Africa Portland Cement Company (EAPCC),” says Paunrana of his father. “I remember him telling me: ‘You see that line of trucks waiting to carry cement at EAPCC, waiting for two to three days at a time? This is a business that we should go into because there is a huge demand and we have got to fulfill that demand.’ So right from the outset, the ethos of the company was how to ease the pain of the consumer and make it easier for them to access products.”

Getting into the cement business

In 1994, ARM ventured into cement manufacturing.

“If you look at our history, we started with mining of industrial limestone and limestone is really the base raw material for manufacture of cement. You need nearly two tons of limestone to make a ton of cement. We were always looking at value added processing. What is it that we can do with our raw materials to grow the company? So, cement was a natural extension of our growth.”

Paunrana explains that an even more compelling reason for the firm’s entry into cement manufacturing was the fact that “cement is a very basic raw material for development”.

“In Kenya and East Africa generally, our cement consumption per capita has been very low. As our economies are improving, as our aspirations of development are changing with more educated young people, we want more housing, more roads, more infrastructure… all these ultimately require a lot more cement.”

ARM set up a cement plant in Kaloleni at the Kenyan coast and started production in 1996.

“It was a very small operation at the time producing less than 200 tons of cement per day. Over the years the company has grown in the cement line of business.”

ARM has subsidiaries with manufacturing plants in South Africa, Tanzania and Rwanda. Its products are distributed in Uganda, Tanzania, Rwanda, Ethiopia, Malawi, Madagascar and South Africa.

“[African] economies, although we are confident are growing, are subject to ups and downs for many reasons and being geographically spread across a number of political and economic zones allows us to absorb shocks,” says Paunrana.

ARM Cement is currently building a US$150m clinker plant in Tanga, Tanzania. The plant is expected to be fully operational by the end of July and will have an annual production of 1.2m tons of clinker, which is used in making cement.

In Kenya, ARM Cement is seeking $300m to finance another project in Kitui town (about 180km east of Nairobi) which will produce 8,000 tons of cement per day, making it the single largest cement factory in the country.

Over the next six years, the firm’s plan is to double its annual production capacity to about 5m tons.

Paunrana notes that ARM has had “significant growth” over the years.