Lagos-born Bankole Cardoso is the 25-year-old co-founder and CEO of Easy Taxi Nigeria, a free smartphone taxi app service. Inspired by the efficient taxi services witnessed during his 12 years studying and working in the UK and US (including New York City), Cardoso hopes to transform the taxi experience in bustling Lagos. 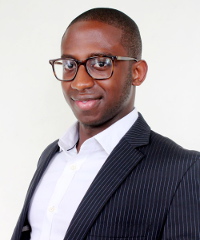 “There was just a real lack of a taxi culture in Lagos and that is not because taxis don’t exist. People don’t trust the taxi system. There was no faith in it; there were a few kidnappings… people just didn’t have comfort using taxis because it felt unsafe and so there is a negative connotation towards taxis,” Cardoso told How we made it in Africa.

“A big part of my inspiration was to try and change that mentality, and using this kind of technology I thought that people would catch on quicker than just using a traditional call centre method.”

Easy Taxi is a global company, launched in Brazil more than two years ago by German incubator Rocket Internet. The idea to bring Easy Taxi to Nigeria came to Cardoso a year ago, and he officially launched the app in the West African country in July/August 2013. Since then the app has also been launched, independently, in Egypt and Ghana.

The actual app service is free, and Cardoso said Easy Taxi Nigeria uses existing infrastructure (such as the taxis already operating in the city). Certified taxi drivers are recruited, trained in using smartphones and maps, and Easy Taxi links them with customers in their vicinity. The service charges drivers a 10% fee off every transaction they make from a customer they found through Easy Taxi. Cardoso has also just expanded the service to Abuja.

Adapting the model to Nigeria

According to Cardoso, the app has been downloaded about 50,000 times in Lagos. And although the app is only accessible on smartphones (as opposed to feature phones), Cardoso has also included a call centre service, so that Easy Taxi is not limited to smartphone users.

“I want Easy Taxi to be for everybody. I want it to revolutionise taxis in Lagos and make it easier for people; I don’t want to restrict it just to people with smartphones,” explained Cardoso. “So we have options like SMS-a-Cab, BBM-a-Cab, and we have phone numbers that people can call in. So in that way we operate at the call centre as well as the app.”

However, he added that smartphone penetration is growing in the Nigerian market. “The opportunity is there because a lot more people are having access to these kinds of smartphones and smart devices which wasn’t the case before.”

Cardoso said there is “tremendous opportunity” for entrepreneurs in the Nigerian market, as well as a first mover advantage.

“There is also – like I mentioned in the transportation industry – many inefficiencies. So there are many things you can improve across the board and across different industries. So there are definitely a lot of opportunities.”

Access to finance is a major challenge for entrepreneurs in the country, Cardoso said.

“It’s pretty tough for entrepreneurs to get access to the kind of finance that they need to start their business… There is a lack of trust in investing in something you don’t know; that you haven’t seen work… In Nigeria, in most cases people do not want to be the first to try something new.”

Since running Easy Taxi Nigeria, Cardoso said the biggest lesson he has learnt in business is identifying the right people to employ.

“I don’t want people to see this as a short term goal. I want to really sell them the vision that they should be there for a long time; that they can really grow their career in this company. I think that finding good people that I could really trust and want to keep, and who would also trust me, has been one of the biggest lessons… Finding those people that believe in you and you believe in, and spotting those traits in people that you believe will stay with you.”

He added that being an entrepreneur is a very stressful career and having a trustworthy co-founder who can share the burden can be helpful. In addition, Cardoso advises entrepreneurs to make sure their vision for their company is clear.