“When investors think of investing in Africa and the Middle East, one of the most unfortunate things that happen is this kind of conflation of political risk and policy risk. Investors should focus on positioning themselves on the right side of policy, as opposed to politics.” 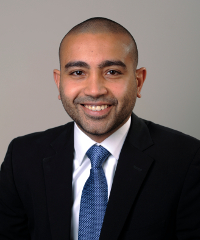 This is the view of Hassan Massoud, vice president at investment company Qalaa Holdings (formerly Citadel Capital). The company, which is listed on the Egyptian stock exchange, has interests across five core industries in Africa and the Middle East: energy, transportation, agrifoods, mining and cement.

Qalaa has a number of investments in markets that have recently experienced political unrest – such as Egypt, Sudan and South Sudan – and Massoud noted that it’s important for investors to be aware of the difference between political risk and policy risk.

“So if you look at Egypt for example, the country screams political risk to investors. But if you go one level deeper… you find the changes in policy over the last five years in Egypt has been, I think, more muted than in places like Italy or Spain. You don’t think of political risk as being issues in these places but the reality is, as an investor, you are subject to a much more aggressive set of policy shifts.”

Those investors that identify this gap between perceived political risk and the reality of policy risk are likely to benefit from opportunities in markets with less competition, added Massoud.

“For example, we recently exited a portfolio company that is involved in kind of a capital intensive industry where the industry-wide margins are highly dependent on capital spending. We exited this company at a time when its margins were at a cyclical high, and I firmly believe that this company’s margins were that interesting at this time almost entirely because of the political instability that Egypt has gone through,” he continued.

“In any other scenario, this industry would have seen more investment, more entrants and thus the margins would have been much more subdued.”

Qalaa also has greenfield investments in large-scale farming projects in Sudan and South Sudan, as well as a river transport business in South Sudan. Massoud explained these sectors are within the supply gap and therefore promise a good return, “but crucially, are high up on the policy maker’s list of priorities for investment.”

To better identify and manage opportunities in perceived risky environments, Massoud advises investors to spend more time understanding fewer industries, not just how they are structured today, but how they will be disrupted as economies grow and value chains restructure.