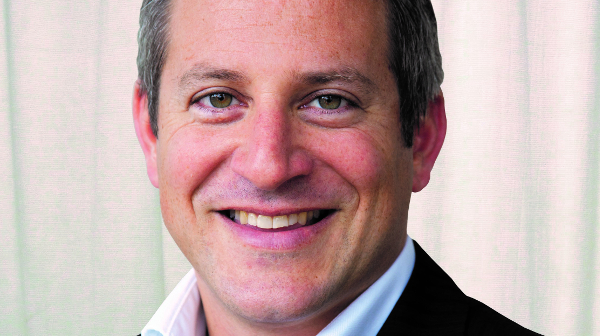 It was early last year when Marc Sternberg – founder of an independent automated teller machine (ATM) supplier in South Africa, Spark ATM Systems – received a call from the management of the world’s largest ATM provider, the US-based Cardtronics. He was told they had “done some research and would like to talk”.

Over the next few months Sternberg met with Cardtronics’ managers and they entered into a type of courtship, with both parties taking time to get to know the other. They visited each other’s companies, shared presentations on their operations and revealed their hopes and dreams for their businesses. And then things got serious.

“One thing led to the next… and that’s how it goes with these deals. Once you like each other and think you can work together, then you go from the first date to the second date. And things got a bit more serious in terms of [talking] financials and deal structure.”

Both sides brought in their lawyers and advisors to negotiate terms, and by the start of 2017 it was official: Sternberg had sold his company to Cardtronics.

The acquisition of Spark ATM Systems marks Cardtronics entry into the South Africa – a market where the number of ATMs is expected to grow by 4% between 2015 and 2021, according to research by RBR. Other than ownership, not much will change at Spark ATM Systems in terms of its structure. The South African operation will retain a large degree of its independence and management control – and Sternberg will stay on as its managing director.

However, he admits that it is a bit surreal handing over ownership of a company he started from scratch. Sternberg launched the business in 2005 after he and his wife struggled to locate a functioning ATM one night and he realised there was a need for a company that could install and operate ATMs to service the South African bank and retail market. Since then he has grown the company to operate a network of around 2,600 ATMs across South Africa and employ over 90 people.

“I have to kind of pinch myself that the biggest ATM deployer in the world goes shopping and decides to do it through Spark in Cape Town,” said the founder.  “So while its difficult giving up the keys to the castle, we are also hugely proud.”

Sternberg believes that successful acquisitions ultimately come down to company culture and whether both parties share similar work environments, ethics, values and goals.

“I think these kinds of deals succeed or fail on the basis of culture… It’s not just about getting things done; it’s about how you get things done in business.”

However, Sternberg’s experience has provided him with some important lessons about conducting successful acquisitions. Other than seeking out legal representation and hiring the right team of consultants, he advises other entrepreneurs facing similar acquisitions to be patient and take time getting to know the interested party and what it is they are looking for. It is also important that the business continues to run smoothly during this period and that the entrepreneur can rely on a team to manage operations while he/she focuses on negotiating the acquisition.

“These kinds of deals can take months,” he noted.

“They can take so much time and so much effort that you almost have to leave the day-to-day running of your business to the rest of your team – which is basically what I did. Fortunately I have a great executive and management team… So I took on a lead role with the transaction and everyone else took a lead role in terms of running the business.”

Entrepreneurs should also do their own research on the acquiring company – even if it is a large, well-known multinational firm. The more knowledge the entrepreneur has, the better they can protect their interests while negotiating the deal.

“We certainly didn’t take everything for granted,” recalled Sternberg. “We spoke to some of their big customers, as well as former shareholders of companies they had bought previously to see how they conducted themselves during and after an acquisition – just to check that they would be the type of partner we wanted.”

He added that entrepreneurs should not underestimate their negotiating position – no matter how small their company may be.

“The acquirer wants you as much as you think you want to sell your business to the acquirer… particularly if they have approached you,” he explained.

“You have brought up your business, it is a great asset, and even if the deal doesn’t happen you can continue running and growing the business. So never underestimate your position and always try and negotiate from a position of strength where you are willing to walk away from [the deal] if the terms aren’t right and you aren’t happy.”