Foreigners have dominated investment in many African stock markets in the early weeks of 2013, according to pan-African asset manager and investment bank Imara. 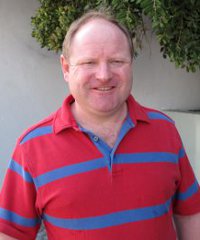 In an emailed statement, Imara said African equities have attracted strong foreign interest, in contrast to the investor flight from the continent seen in the immediate wake of the international financial crisis of 2008-09.

“It’s clear from volume and trading data, certainly in Nigeria, Kenya and Zimbabwe, at least, that foreign investors continue to dominate, leaving domestic participants to watch from the sidelines,” commented John Legat, manager of the Imara African Opportunities Fund.

“Anecdotally, we know that frontier market funds are raising and taking new capital which needs a home. In addition, South African pension funds/institutions are stepping up their weightings toward sub-Saharan Africa,” Legat added.

Simultaneously, a lack of selling has resulted in some sharp price rises in certain equities. According to Imara, this now made it difficult to argue that markets like Kenya and Nigeria (except for its banks) were still cheap.

However, in the Imara view, attractiveness was increasingly a function of the investment horizon preferred by foreign investors.

Legat explained: “Growth investors can and do argue that valuations for growth stocks in fast-growing economies in Africa, such as Nigeria, can easily sustain high valuations as compared to, say, a discounted cash flow model, which puts too much emphasis on the next five years rather than the next 20.

Legat noted that stock prices in Zimbabwe remain relatively cheap compared to its regional peers. He said this is largely because of the risk premium attached to past political and policy uncertainty.

However, firmer market valuations were also possible in the Zimbabwean market. “If that risk premium falls now that a referendum on an agreed Constitution is imminent and EU sanctions are removed altogether after that referendum, then equities should rise by considerably more,” he explained.

According to Legat, foreign interest is concentrated on the larger African markets. Smaller stock exchanges in sub-Saharan Africa have been largely ignored by international investors.

Lack of foreign interest is understandable, he said, as stocks on Africa’s smaller exchanges are illiquid and it can take years to build positions.