Food security and affordable housing have been uncharted areas for investors in Africa whereas oil and mineral resources have largely driven investment. Despite the continent’s young, fast-growing and increasingly affluent population, coupled with increased urbanisation, food and housing were previously underfunded. This dynamic presents opportunities that have the potential to deliver solid returns while fulfilling Africa’s needs for economic and infrastructure development. 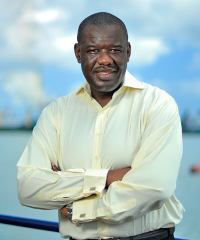 Approximately 12% of global private equity capital is invested in emerging markets. Of this, roughly 3.6% is channelled to sub-Saharan Africa according to figures released in 2013 by EMPEA. Private equity in Africa is therefore small and typically spent in areas outside of food and housing.

Private equity as a percentage of GDP usually increases with an economy’s state of development, but for Africa, private equity penetration is still low. Less than 0.1%, compared to the 1% of developed markets. The average sub-Saharan African deal size amounted to around US$7m in 2013, considerably smaller than the average deal size in Latin America ($23m) and emerging markets in Asia ($10m). (Source: EMPEA Industry Statistics Q3 2013.)

The African private equity market is different from developed markets where buy-outs are financed with significant leverage. In Africa, venture and growth capital are the norm and structures that enhance self-help are more common. As African economies mature and the number of companies in later stages of their life cycle grow, I anticipate the number of buy-outs to rise. With growing economies we have seen foreign private equity firms entering the continent and this is encouraging.

Investors need to understand the value and opportunity that our continent presents. However, I believe Africans themselves are missing this investment opportunity. While foreign investment is crucial to help drive development across Africa, our continent has a lot to offer and we need local capital investment to unlock our continent’s potential, driving a halo-effect among the investment community.

The International Monetary Fund currently estimates GDP growth of around 5.5% per annum on average in Africa over the medium term, which is far above the developed world’s economic growth rate. Africa’s demographic dividend – a young and rapidly growing population that could double by 2050 – is likely to continue to spur consumer spending over the medium and long term.

The agricultural sector in Africa is coming into its prime, with growth being fuelled by people’s need to be fed. Conditions in Africa are prime for food production but there is clearly a greater need for equity capital investment to maintain food production to ensure food security. Although private equity in agriculture has been negligible up to now, I anticipate growing interest in the sector in light of the continent’s buoyant consumer population and strong economic growth.

Adding value at all levels

Being a valuable partner to enable change in Africa entails much more than being part of the value chain. It is about adding value at all levels, enabling the value chain in food security to be more integrated, predictable and profitable. It is more than simply maximising value on exit. It is about economic development which is inclusive of surrounding communities, while remaining cognisant of environmental and social issues.

Furthermore, activities such as agriculture in Africa are typically smaller, more fragmented and far less automated than similar activities in Europe or the US. It is imperative for a private equity participant to understand these dynamics. Phatisa is among the first African private equity managers to recognise the investment potential of underdeveloped sectors. We have already invested in a number of development projects across sub-Saharan Africa, such as our flagship investment in a Sierra Leone palm oil business through the African Agriculture Fund (AAF).

Recently, the AAF, together with a leading British development finance institution, invested in a sizeable palm oil investment in Feronia, the Democratic Republic of Congo’s (DRC’s) leading palm oil company. This $25m investment will help the company accelerate the restoration of its three palm oil plantations in the DRC which, after many years of civil conflict, is one of the world’s poorest countries. As much as 70% of the population lives below the poverty line, according to the World Bank’s African Economic Outlook 2013. Despite huge agricultural potential, the DRC relies on imports for a substantial portion of its food requirements. Feronia aims to reduce imports of these staple goods and contribute to local food security by increasing the availability of edible oil and cereal products.

I believe that being entrenched in African agriculture requires a unique perspective in terms of harnessing skills to unlock value from investments. It is important to not only employ private equity and corporate finance skills, but to best understand that in the agricultural sector you need to employ farmers or people who have managed farms and can provide ‘real knowledge’ about what farms might need at a particular time. At Phatisa, we believe in supporting our investees with technical knowledge and skills to develop their businesses, as well as achieve acceptable returns.

Our second fund, the Pan African Housing Fund (PAHF), is focused on affordable and middle income housing and partners with local developers to enable them to operate at a higher level. Africa’s substantial population growth together with rapid urbanisation translates into massive demand for housing. According to the East African Development Bank, the sector requires $2.5bn per annum for investment in Africa. The reality is that governments cannot keep pace with the urban demand for housing.

It is important to be realistic and know that investments in Africa are not without their challenges. Traditionally, entrepreneurs have been used to sourcing funding in the form of loans. There is a need to change this mindset to a more relationship focused model which looks to a long term solution to compliment bank finance. Africa’s economies and their related politics are still fluid in nature and the environment can change during the life of the investment. To attract more investment Africa needs a more stable environment. A predictable regulatory and political landscape helps in the creation of exitable investments and most importantly, private equity investments can be structured so that the prospects of exits are maximised.

With Africa’s increasing population and economic growth, there is a significant opportunity for patient investing to build sustainable businesses in underfunded sectors such as agriculture and housing. By leading the way for investment in these sectors, we believe we are contributing to the development of the continent and securing sound returns for investors.

Valentine Chitalu is the Chairman of Phatisa Group, MTN (Zambia) and SABMiller (Zambia). He also participates on a number of boards of listed companies in the UK, Australia and South Africa as well as being a main board member of CDC Group. Chitalu is a chartered accountant and has worked with KPMG Peat Marwick, UK and Meridien Financial Services, Zambia and the Zambia Privatisation Agency where, as CEO, he oversaw the disposal and privatisation of around 240 businesses. He was previously Chairman of the Zambia Venture Capital Fund, was on the board of Commonwealth Africa Investments (Comafin) and was Central African Director for CDC Capital Partners where he initiated and executed a number of private equity transactions. As an entrepreneur, he has made a number of private equity investments in the Zambian economy and the region.