Africa, which holds 60% of the world’s uncultivated arable land and has access to plenty of water resources, has the potential to not only feed its own population, but also to contribute to global food security. 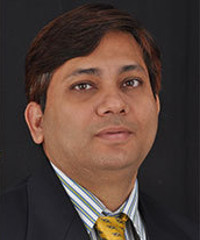 However, despite the potential the continent has for agriculture, Africa remains a net food importer. With the African population expected to double to 2bn by 2050 and the urban population growing rapidly, it is becoming more and more vital for Africa to increase its agricultural production and feed itself.

But why is Africa a net food importer?

Bikash Prasad, CFO for southern and eastern Africa at Olam International, told an audience at the Africa Trade Finance Week in Cape Town last week that a major reason sub-Saharan Africa has to rely on food imports is because the region has the lowest actual crop yield (as a percentage of potential yield) in the world.

For this reason, Prasad argues that increasing agricultural yield is key to Africa reaching its agricultural potential, and suggests five ways the continent can do this.

1. Learn from the best

Prasad suggests that farmers and African economies should learn from the best yield producing practices seen both globally and in Africa. For example, the United Nations statistics division for the Food and Agriculture Organisation (FAOSTAT) released data in 2013 that showed Belgium was the highest yield producer of wheat in the world, producing an average of 8.46 metric tons per hectare.

Therefore, Prasad argues that African economies and farmers looking to increase their actual crop yield need to learn from the successes of these economies, and implement their best practices.

To improve food production, Africa will have to increase the amount of fertiliser used considerably, stated Prasad. According to FAO statistics, sub-Saharan Africa’s fertiliser application rates in 2008 were 7kgs per hectare, compared to 165kgs per hectare in Western Europe, and the world average of 109kgs per hectare.

3. Increase use of yield-enhancing technologies

Statistics also show that Africa is behind in the use of yield-enhancing technologies such as crop irrigation and agricultural machinery such as tractors.

To illustrate this, Prasad highlighted statistics from the World Development Report 2007 which showed that between 2001 and 2003, 18.4% of the world’s crop land was irrigated, compared to 3.6% in sub-Saharan Africa. Furthermore, during the same period, sub-Saharan Africa was recorded as having 13 tractors per 100km² of arable land, compared to the Europe Economic and Monetary Union having 1,002 tractors per 100km².

4. Improvements needed in infrastructure and energy

Compared to other developing regions, sub-Saharan Africa’s infrastructure coverage and costs indicate that the region lags behind and is cost inefficient. For example, according to World Bank 2008 statistics, the cost of internet dial-up services, international phone calls, power tariffs and road freight tariffs are considerably more expensive in sub-Saharan Africa than in other developing regions.

Prasad added that African economies need to improve their expenditure of agricultural research and development (R&D), such as improved seed varieties. As a lack of access to finance is a major constraint for many smallholder farmers in Africa, he emphasised the need for the promotion of effective and innovative financing in agriculture.

If the right amounts of water, fertiliser, finance and labour are brought together in Africa, Prasad argues that the region has the highest growth potential of any agricultural sector in the world.

“I’m very bullish on the prospective of Africa,” he concluded.