In 2014, sub-Saharan Africa will remain on a positive growth trajectory, attracting companies from across the world searching for the last investment frontier. Whether you are expanding your current footprint on the continent or considering entering, these are the key trends you should watch out for when doing business in sub-Saharan Africa this year. 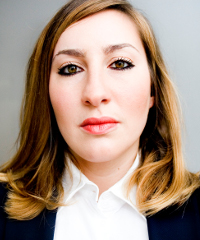 1. The region’s economy will grow much faster than currently forecast

Context: 25 countries in sub-Saharan Africa are expected to readjust the way they measure GDP by 2016, approximately doubling the overall size of sub-Saharan Africa’s economy on paper. When Ghana rebased its GDP calculations in 2010, it increased the size of the economy by 60% overnight. Nigeria is planning to follow suit this year, likely overtaking South Africa as the largest economy on the continent. Other countries expected to rebase their GDP this year are the Democratic Republic of the Congo, Malawi, Senegal and South Africa, among others.

Business impact: While the impact of the rebasing will vary from economy to economy, it will improve the positioning of African countries in every financial report and economic model worldwide. More attractive headline data will drive a surge of interest from investment firms, media and companies.

2. The relationship with emerging markets will deepen—and competition will get fiercer

Context: Economic growth and spending power in sub-Saharan Africa are bolstered by the additional capital that is provided from increased integration in international trade and investment, particularly from emerging markets. The BRICS trade with Africa reached US$340bn in 2012 – more than one-third of Africa’s global trade in 2012. Africa-BRICS commercial ties will strengthen further with the planned BRICS Development Bank in South Africa expected to be set up by 2015. But most importantly, Africans are increasingly doing business with each other. Intra-African foreign direct investment grew at 32.5% compound annual growth rate from 2007-2011.

Context: Governments are stepping up spending to tackle infrastructure, education and healthcare deficits. While government budgets are increasing overall, capital spending – the money spent on new projects rather than on recurrent expenditure – is taking up an ever larger share of allocated capital. Public spending is directed toward transportation, utilities, housing, education, healthcare and agriculture – with infrastructure investment prioritised.

4. The cost of doing business will rise

Context: To keep budget deficits under control, governments are financing public expenditure through subsidy reductions and tax increases. Power reforms will lead to hikes in electricity prices. For example, in 2013, Kenya introduced a 16% VAT on food, medicine and staple goods. Zambia removed fuel subsidies, increasing fuel costs by an estimated 24%. In South Africa, Eskom, the supplier of 95% of electricity, received approval to hike prices by 8% annually until 2018.

Business impact: Rising costs will reduce the purchasing power of consumers and increase costs for businesses. However, government revenues, freed from halting government subsidies, are being diverted to infrastructure development. In the long term, this will increase power supply, bringing down operating costs.

5. Upcoming elections in the two biggest economies will shape sub-Saharan Africa’s image in the media, influencing how corporate leaders see the region

Context: Two of the continent’s biggest markets – South Africa and Nigeria – will hold elections in 2014 and 2015 respectively. Both elections will be widely covered in the international press, with a probable emphasis on negative stories. Executives will need to put news into perspective to focus on the real impact of doing business. South Africa’s elections are likely to be followed by economic reforms, increased government spending, and political liberalisation. Nigeria faces a period of volatility ahead of elections in 2015 as political infighting hinders policy making.

Business impact: The message to corporate is that the South African 2014 elections will have limited implications for your business in the short term. However, the government will likely increase state spending and drive forward an expansionary National Development Plan to support economic growth ahead of the 2019 elections. Position your company now to take advantage of arising opportunities.

Nigeria’s pre-election campaigning and political infighting will slow down policy making, which might have an impact on your local operations if you or one of your partners works with the government.

Anna Rosenberg is a senior analyst for sub-Saharan Africa at Frontier Strategy Group. Follow her on Twitter.