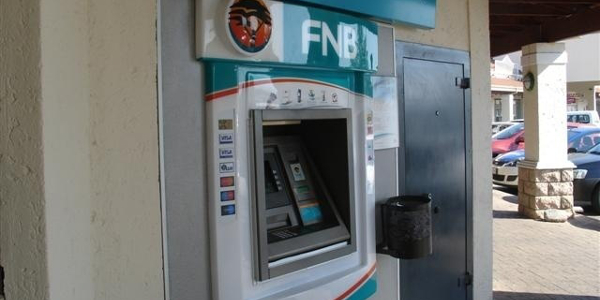 Despite the current negative sentiments surrounding development prospects in Africa due to China’s economic slowdown, a drop in commodity prices and infrastructure challenges – financial sector leaders and policymakers from across Africa and global market participants’ active in the continent, are still optimistic about Africa’s economic growth.

Speaking about the challenges of mobilising resources for investment in Africa, Mike Vacy-Lyle, CEO of FNB Business, highlighted that the banking industry in Africa has shown tremendous growth, with significant future potential as it plays a key role in the economic development and stability of the continent.

1. The soundness of the banking system in Africa is improving

Most African countries are implementing a minimum 8% risk weighted capital adequacy ratio, with some banks in sub-Saharan Africa having already exceeded that figure. “As a result central banks are beginning to recognise the importance of a stable banking environment, which is a very positive step forward,” said Vacy-Lyle.

Pan-African banks are creating significant cross-border networks and have started to play a more important role in debt syndications and infrastructure projects. In some cases they have even become more dominant than US and European banks operating on the continent.

Vacy-Lyle adds the slowing of the commodity super cycle has lead to the growing need for banks across the continent to form in-country franchises. With dollar-based revenue slowing, the need to generate local currency balance sheets is becoming increasingly important. There is potential for a lot more on the ground deposit raising in franchise holding activities in order to remain competitive.

Financing in the African continent largely remains focused on wholesale and public sector infrastructure projects with significant underinvestment in the consumer and SME spaces. This is due to a lack of reliable credit data and collections processes which remain under developed and untested.

5. Infrastructure constraints have changed traditional retail banking on the continent

Infrastructure constraints across the continent have delayed the development of traditional bricks and mortar banks in the continent, leading to the rise of non-traditional entrants such as mobile banking. As a result, there has been significant innovation in this space with mobile operators challenging banks that want to enter the SME and consumer spaces.

“Regardless of the challenges, we still believe there is a massive growth opportunity on the continent especially in the growing middle class where we are already seeing an increase in consumerism. Going forward growth will be less focused on the primary sector and commodities, with FDI most likely focused on the business services and manufacturing sectors,” concluded Vacy-Lyle.