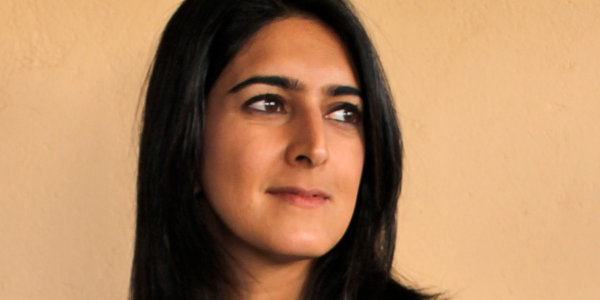 For decades Africa has performed poorly in ensuring access to essential services such as energy, clean water, affordable education and healthcare. Today there is great need for provision of these services due to a booming population, rapid urbanisation and a more demanding citizenry. Previously handled by governments and NGOs, provision of essential services is becoming a big focus for private businesses.

Over the last six years, Greenlight Planet, a solar energy manufacturing company that initially started in India, has sold over 3.5 million solar lamps in Africa and Asia. Today Africa accounts for half of its market. The company employs 650 people across its offices in Kenya, Uganda, China, India and the US.

By 2013, Greenlight Planet became profitable making US$20m in revenue. How we made it in Africa spoke to Greenlight Planet’s Radhika Thakkar, vice president for global business development, to understand the reasons behind its success.

1. Focus on what the consumer really needs

It all started 10 years ago when Greenlight Planet co-founder Patrick Walsh went to work with a charity in India. He was then an engineering student in the US. While in India, Walsh developed a biodiesel generator that was used by farmers to power rice husking machinery. He went home to complete his studies and returned to India a year later.

“He was shocked to see the community had basically thrown the farming equipment inside the tool shed that housed the generator. Instead they were using the generator to power light bulbs in each household.

“As soon as the Americans left, the locals figured ‘this is a great power source, we need it for light not this farming machinery’. It was a classic example of great intention gone wrong. We didn’t look at what they really needed,” says Radhika.

So Walsh went back to the drawing board and partnered with two former classmates to design the Sun King brand of portable, rechargeable solar lights and solar phone chargers.

Traditionally those trying to solve problems facing poor rural households often think freebies or subsidised products. But the Greenlight Planet co-founders noted from the start that people were willing to pay. This drove them to build a commercial model as opposed to becoming another NGO. Radhika notes being dependent on donors is dangerous and can be short-lived since their attention shifts depending on the crisis of the season.

“We built the business [as a] reaction to the often failures of traditional aid,” says Radhika. “The reality is people are spending a lot of money for light. They are spending about 15% of their income on just paraffin for a tiny little open lit flame which is not sufficient at all. And that is perpetual – 15% of their earnings all the time.”

While it would be harder to get people to pay for contraceptives since they are used to getting them free of charge, Radhika says because people already pay for energy it is easier to convince them to adopt better alternatives.

“We like to think about our consumers voting with their wallets. We know that our products are the right answer every time they fork over half a month’s salary to invest in our products,” says Radhika.

Radhika joined Greenlight Planet six months after it was established, and begun focusing on expansion. She was fascinated by the use of technology in East Africa and became interested in the market.

Although the team “thought it was too soon” to expand to Africa, she convinced them that waiting would be risking having to play catch-up in a big market.

“I said, if we don’t figure it out now, we are either going to be too late to enter the market, or as a company we will be too Indian in our solution. We will design everything for the one market that we’re playing in right now if we don’t start to test our solutions and our abilities [in other markets],” recalls Radhika.

That move paid off, as today the company’s solar lamps are available in 25 countries in Africa.

After convincing the rest of the team on the need to expand to Africa, Radhika embarked on an exploratory trip. On a “frugal” budget she toured six countries – Nigeria, Ghana, Ethiopia, Uganda, Tanzania and Kenya – for six weeks speaking to people and observing the markets.

Since the business was still in its early stages, it was too soon to launch an office in Africa. But it signed distribution partnerships in East Africa and soon half of its global sales were coming from the continent. In 2012, as the sales increased, it opened an office in Kenya and later in Uganda.

“So much more happens when you are physically here. The kind of insight, the opportunities, the nuance in understandings that you pick up just from being on the ground make a tremendous difference. That is also why we are stronger in East Africa than we are in other markets in the continent.”

Selling to customers based in remote areas can be challenging but Greenlight Planet has adopted innovative distribution techniques that have helped it navigate logistical hurdles.

The model involves using ‘village entrepreneurs’, who are often community members such as teachers and farmers, to sell lamps on a commission basis. It currently has 6,500 direct sales agents in India, Kenya and Uganda, and plans to replicate the model in other countries.

The company also stocks its lamps at post office buildings looking for additional revenue streams due to the declining demand for ‘snail mail’ as people switch to mobile phones for communication.