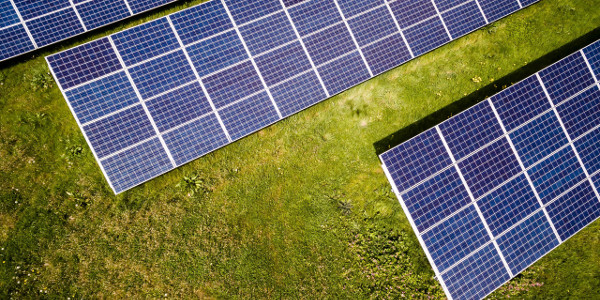 Africa urgently needs a massive roll-out of modern energy services to meet the basic human needs of its rapidly growing population and to power industrialisation and urbanisation. At the same time, the world needs Africa to leapfrog to a low-carbon energy regime to help avoid catastrophic global climate change.

This structural transformation in the energy sector will require innovative financing mechanisms to unlock Africa’s vast renewable energy (RE) potential and boost inclusive and sustainable development. Below are some examples and financing strategies.

Africa has several examples of countries that have successfully rolled out utility-scale renewable energy projects, and useful lessons can be drawn from these recent experiences.

Cabo Verde’s four wind farms, with a combined capacity of 26 megawatts (MW), provide a quarter (25%) of the island nation’s electricity. They were constructed by a public-private partnership company called Cabeólica S.A., with the Africa Finance Corporation and the Finnish Fund for Industrial Cooperation (Finnfund) among the majority shareholders. The African Development Bank and the European Investment Bank provided US$85m in debt funding.

Ethiopia commissioned the continent’s largest hydropower plant in 2015. The 1,870 MW Gilgel Gibe Dam III reportedly cost $1.8bn, and was financed by the government through debt raised on international markets. The Rift Valley nation has a string of other hydro projects in the pipeline, including the 5,000 MW Ethiopian Grand Renaissance Dam, which is being partly funded by an innovative scheme involving ‘diaspora’ funds.

Kenya is Africa’s leader in developing geothermal power. The Olkaria IV geothermal plant was added in 2014 with a capacity of 140 MW, and the capacity of Olkaria III was expanded by 29 MW in 2016. The plants were financed through the state-owned company Kengen, supported by the Kenyan Treasury, the World Bank and the European Investment Bank. Kenya has also made its mark with Africa’s largest wind farm, located at Lake Turkana. The 310-MW facility, completed in March 2017, cost about $700m and was funded by private investors.

Morocco’s Noor 1 Concentrated Solar Power (CSP) plant began operating in 2016, with a capacity of 160 MW. The European Union, including the European Investment Bank, provided roughly 60% of the project funding. When all three phases have been completed, the cost of the 580 MW Noor plant is projected to be $2.45bn. The Moroccan Agency for Solar Energy (Masen) raised additional finance of €106m ($127m) in November 2016 through the issue of Morocco’s first green bond.

South Africa’s Renewable Energy Independent Power Producer Procurement Programme (REIPPPP) offers a striking example of what can be achieved within a robust and transparent regulatory framework. The programme has attracted more than $15bn in finance from international and domestic investors (a significant share of which was financed by local banks), with nearly 6,400 MW of renewable electricity capacity having been procured thus far within a series of six rounds of competitive bidding. The successful bidding companies are guaranteed offtake by the national power utility, which is responsible for transmission and distribution, assuring revenues for the anticipated project lifespan. Over 100 projects have been signed off already, with another 40 in the pipeline.

These examples demonstrate that renewable energy projects can be successful in both low-income and upper-middle income countries, provided that certain prerequisites are met and challenges are overcome.

Investors need bankable projects with reliable revenue streams that will ensure an adequate return on investment within acceptable risk levels. Developers require competitive prices for renewable energy; fortunately, the costs of solar and wind power in particular have fallen dramatically in recent years, and are now cheaper than fossil-fuel-based electricity in a growing number of countries. Enabling policies and regulatory frameworks are required to demonstrate governments’ commitments to renewable energy development and to provide a degree of certainty for investment planning. Furthermore, power generation projects need co-investment by public entities in transmission and distribution infrastructure to share risks.

Several sustainability challenges must be surmounted. A significant economic challenge arises when effective demand – or consumers’ ability to pay – is lacking, as is the case in much of sub-Saharan Africa. However, once the green energy industry establishes a strong track record in Africa, traditional bank financing will likely be more forthcoming, enabling private investors to play a growing role. A lack of skills, including project management experience and technical capacities, can thwart RE projects. But with the right mix of policies, renewable energy investments have the potential to support the growth of local manufacturing and the assembly of renewable energy components and equipment, as well as create much-needed jobs. Notable environmental challenges are the vulnerability of hydropower to droughts, and energy infrastructure generally to floods, both of which are exacerbated by climate change. Socially, uncertain political climates often hinder investment, although many countries are stabilising as their democracies mature.

Green bonds as a financing mechanism

The global climate of financial uncertainty and low returns on conventional assets means that public investors need to seek out opportunities for stable, long-term investments that generate real economic returns. Public investors such as sovereign funds, development finance institutions and public pension funds, as well as monetary authorities, could view green bonds as an investment diversification strategy in addition to contributing to climate change mitigation. Furthermore, their role in bridging Africa’s infrastructure financing gap would help unlock the continent’s economic and human potential. Green bonds could facilitate a more productive use of Africa’s own financial resources, as well as those of investors from other countries who are looking for enhanced returns in a context of low yields in developed markets.

Considering the list of countries which are developing rewenable energy projects, these countries could launch green bond projects both in the domestic markets and in the international Eurobond market. Kenya and South Africa already have a strong track record in launching infrastructure bonds. Kenya, Cape Verde or Morocco, for example, could raise funds in the international capital markets by placing a green bond in the Eurobond market for clearly earmarked projects. Indeed, any country with a clear green economy strategy which targets rewenable energy could raise capital through a domestic and international bond placement. South Africa has a deep domestic bond market, and could place a green bond in the domestic market led by either the sovereign or one of the state companies such as Eskom.

The case for scaled-up investment in Africa’s green energy sector is clear. The renewable energy resources are available, the latent demand for energy is massive and set to grow rapidly, and the threat of climate change makes this an imperative not just for Africa itself, but for the world as a whole. Several leading countries have shown that large-scale renewable energy projects are technically and financially feasible in Africa, given the appropriate institutional milieu. Green bonds could potentially play an important role in channelling currently low-yielding funds into Africa’s burgeoning green energy sector and thereby stimulate the continent’s sustainable development.