Growing a profitable pan-African airline can be a tough business. Not only does an airline need to deal with the continent’s familiar problems of bureaucracy and a lack of infrastructure, but many African governments are notoriously protective of their own state airlines and like to keep out competition. 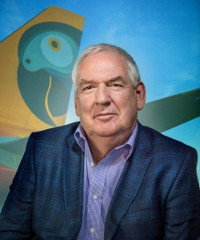 However, low-cost airline Fastjet seems to be making progress slowly but surely towards its goal of flying routes across the continent. The airline, owned by London-listed Fastjet Plc, launched towards the end of 2012 with domestic routes within Tanzania. A few months ago it also added its first international route between Tanzania’s commercial hub Dar es Salaam and Johannesburg, South Africa.

In February this year, the airline is expected to further boost its international footprint with a service between Dar es Salaam and Zambia’s capital Lusaka.

Responding to questions posed by Facebook users, Fastjet CEO Ed Winter recently said Nigeria and Kenya are the most popular requested international destinations and the airline is making good progress launching routes to both Lagos and Nairobi.

In addition, Fastjet is also considering flights to Zimbabwe, Uganda, Rwanda and Mozambique.

Winter said the airline is not planning to grow its network outside the continent. “There are no plans to expand our route network outside of Africa – we plan to become the first truly low-cost pan-African airline. With 1.1bn people to serve, we believe that this is more than sufficient demand to focus solely on the continent of Africa,” said Winter.

Fastjet is also looking at introducing new routes within Tanzania, but said the airports in many cities are currently unsuitable for landing. “Nonetheless, continued redevelopment of infrastructure in many regions of Tanzania is encouraging, and holds hopes for the future.”

Operating domestic routes in South Africa, the continent’s most developed economy, has always been a priority for Fastjet. Since the end of 2012, the airline has had a number of false starts in South Africa. An attempt to buy bankrupt South African airline 1Time didn’t work out, and Fastjet also faced criticism when it announced a partnership with a company involving South African President Jacob Zuma’s son.

However, Fastjet remains determined to fly domestically in South Africa, saying it is firmly in its plans for 2014.

In an earlier interview with How we made it in Africa, Winter said when he first started in the Fastjet job, he underestimated the extent to which African governments are willing to protect their own flag carriers by denying the entry of competitors. “The level of protectionism that one sees has astounded me,” said the trained pilot who has held various senior management positions at airlines such as British Airways and easyJet.

A lack of bilateral air service agreements between African governments is one of the reasons for the relatively low number of flights between African countries. A bilateral air service agreement is in essence an agreement which two nations sign to allow civil aviation between their territories. For many countries one of the major motives for not signing these agreements has been to protect their own national flag carriers.

“If you go around all the [African] countries, there are loss-making state airlines, and the protectionism being exhibited by virtually all of these governments is doing nothing other than to reduce the level of air transport, kill competition and create a situation where they are going to continue subsidising their own state airline,” Winter added.