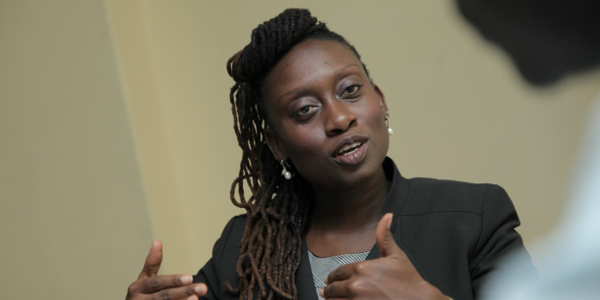 Jacqueline Musiitwa is the Founder of Hoja Law Group and a former Mo Ibrahim Foundation Fellow at the World Trade Organisation.

“Export or die” was a popular mantra used by Dr Kenneth Kaunda, Zambia’s first president from 1964 to 1991, to encourage domestic manufacturing of goods for export. This mantra is still relevant today across many African countries, especially this year, which is shaping up to be Africa’s year of trade. The specialised trade in raw materials is decreasing Africa’s competitiveness, making diversification necessary.

As Africa’s reputation as a viable location for investment increases, so does its significance in trade. Unlike the turn of the millennium where Africa was brandished as a basket case, now, there is a renewed sense of optimism about the various improvements in social and economic indicators. Take the 43 members of the Africa Group at the World Trade Organisation (WTO) who lobby for the interests of the continent. This year the Ministerial Conference is taking place in Kenya (the first time it’s in Africa), putting pressure on African countries to ratify the 2013 Trade Facilitation Agreement finalised by the WTO Ministerial Conference in Bali. The agreement aims to foster easier and faster movement of goods across borders.

Related regional integration, which encourages countries in close geographic proximity to, among other things, trade with one another, has been and will continue to be a top policy agenda item in Africa. Many African countries are physically small, have small domestic markets, poor standards (health, safety and otherwise) and find it difficult to compete on a global scale. Several of them produce raw materials, which have lower prices compared with finished goods. As such, regional integration has never been more important to encourage African countries to trade more within the continent, strategise to export value-added goods as well as cooperate on unified policy agenda items.

The Doha Development Agenda is meant to lower trade barriers globally, but has failed to receive consensus from members because of sector-related issues such as agriculture tariffs. Since the failure of WTO members to adopt it, there has been a proliferation of bilateral and plurilateral regional trade agreements.

The year 2015 in particular has been action-packed, with various intra-regional trade agreements such as the Trans-Pacific Partnership (TPP) and the Transatlantic Trade and Investment Partnership (TTIP), which received international media coverage and analysis, and various African agreements.

Launched on 10 June 2015, for an example of the latter, the Tripartite Free Trade Area (TFTA) integrated the East African Community (EAC), the Southern African Development Community (SADC) and the Common Market for Eastern and Southern Africa (COMESA). That covers a total of 26 countries and about 626 million people. The purpose of the area is to remove the overlaps that existed in the past between the various Regional Economic Communities, better harmonise the trading blocs and provide improved access to markets. At the moment the focus is on goods, and not yet services, which means there is even greater potential for growth figures.

On the other hand, the Continental Free Trade Agreement negotiations, which commenced in June 2015, seeks to create a continent-wide trading bloc. It would be an expansion of the TFTA.

Of course, in many African countries there are challenges that can make trade difficult, including poor infrastructure (transport, energy, etc), restrictive immigration policies, corruption, failure to formalise informal trade or capture informal trade figures, and unclear border procedures. But the good news is there is a foundation for improved trade activity for countries like Zambia as a result of mutually beneficial trade agreements and the increased use of technology. Take mobile phones, for example, which have managed to help formalise informal trade by giving people access to payment services, new markets, more information and increased bargaining power.

Now, more than before, political leaders across the continent realise the value in trading with one another and are taking active steps to improve the process. Right now, intra-African trade is assessed to be less than 15%, the TFTA is about 25%, and global trade is at less than 5%. Even though China, with over US$126.9bn in 2010, is Africa’s largest trading partner, with the slowdown in 2015 the decreased demand for African goods means countries are looking for fast-growing new markets; internal markets make more sense.

Given the continent’s rising population and middle class, changing consumer tastes, improving supply chains for value-added goods, the need to improve trade is even more urgent. Also, it is host to the largest amounts of mineral reserves, unfarmed land and large freshwater sources, and it will be home to the largest number of working-age people by 2040.

To improve intra-African trade, many governments are using technology to encourage the movement of goods across borders. For instance, Trademark East Africa has helped governments in the region create one-stop border posts where traders are able to fill out all essential forms at the port of entry. All the information collection is captured digitally. By doing so, the customs processes are faster, the likelihood of corruption is reduced and governments are able to collect data about trade across borders. Technology is also being used in the fight against counterfeit or black-market goods. For instance, an app called mPedigree is able to authenticate drugs manufactured and consumed locally and for export, based on their barcodes.

With countries being ripe for trade and more trade agreements and government-led initiatives in place, the main challenges moving forward are political; seeing the agreements enacted into local legislation and then the enforcement thereafter. This is because there is often a disconnection between political decisions and societal uptake. Citizens who know their rights are more empowered to make political decisions and also for their own lives. As such, one would hope that popularisation campaigns would educate people on the benefits under unified trade regimes.

Africa’s participation as a more active player in global trade is inevitable. The policy foundations for Africa to increase trading within its borders are being set now. The question remains of whether the hard infrastructure will be ready by the time the treaty negotiations end. The hope is that the public and private sectors can collaborate to ensure that soft infrastructure is coupled by hard infrastructure. Treaties are not the end-all: it’s implementing them and fostering trade at all levels that is the solution.

Jacqueline Musiitwa is the Founder of Hoja Law Group and a former Mo Ibrahim Foundation Fellow at the World Trade Organisation. This article was originally published on the World Economic Forum’s blog, Agenda.