Communication professionals from across Africa are resolving to project a positive image of the continent. Experts gathered by the 40-year-old Africa Public Relations Association (APRA) say the Western world mostly focuses on negative issues in Africa, even while there are so many positive things happening on the continent. 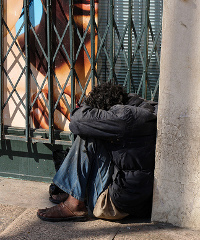 Bernard Solo, lecturer at the University of Calabar in Nigeria, said Africa’s image has been painted by Western media outlets in particular as that of a continent that is riddled with strange diseases, poverty, heavily indebted, conflict prone and ablaze in war.

“We have been [seeing] unfortunate stories on Africans drowning in the Mediterranean, but what we don’t [see] is success stories of African flying back from Europe with PhDs, with MBA’s and with Bachelor’s degrees to come back to Africa and start companies that contribute positively to the development of GDP’s of our respective economies. Let’s take on the few positive aspects on Africa and build up that then people will start having a different perspective of what is happening in Africa,” said Solo.

Charles Nklonzo from Day Star University in Kenya said the dark image of Africa is a result of many of its leaders’ failures to assure governance and accountability and to practice democracy. He said many African leaders care more about maintaining power than attending to pressing needs of the people they are supposed to serve.

“When you look at what is happening in Africa, we have Boko Haram, in East Africa we have al-Shabab, Mediterranean issues around there and in the south we have the xenophobic issues. These are issues that leaders must not sit back and assume that somehow they will fade away tomorrow. For example in Kenya, where al-Shabab is a big issue, how does my government work to ensure that Kenya is portrayed not just like everywhere in Kenya is hit by al-Shabab? And the same happens in Nigeria, the same happens in Mediterranean, even South Africa,” said Nklonzo.

Lionel Tousse, a Cameroonian-born public relations expert, said Africa is given a horrible image because African states and organisations pay particular attention to negative issues and neglect to communicate positive developments on the continent. He said the APRA meeting in Yaounde has decided to work with governments to build a positive image of the continent.

He said that after more than 50 years of independence for most African states, it is high time for its people to communicate positively and sell the image of their continent. He said there is need for all countries, all civil society organisations and all African enterprises to manage their reputations by setting up image building structures managed by Africans for an efficient practice of public relations.

Bogwa Djeroge, an APRA official in Kenya, said experts are unanimous in believing that the reality of much of Africa is quite different from the perceptions outsiders have, and have resolved to work with the African Union to tell more positive stories about their continent.

“What we want to do is to come up together, telling our own story. Go to West Africa, there are so many projects that are being initiated; our tourism industry is booming. We have the most ambitious infrastructure in Kenya today. If you look at our education system, it is superb. We are sending out so many graduates and these are the stories that we want to talk about. Stories of hope, stories of success, not stories of despair like have been exercised by the foreign media,” said Djeroge.

The International Monetary Fund predicts Africa will have the highest rate of economic growth in the world over the next decade, and domestic industries and foreign investors are already taking advantage of this growth by investing in the continent. – VOA