Last year a new mobile phone brand, backed by former Apple CEO John Sculley, launched globally with an array of smartphone devices. After a successful entry into the Middle East and India markets, Obi Mobiles is coming to Africa, planning to be in most sub-Saharan African countries by the end of March. 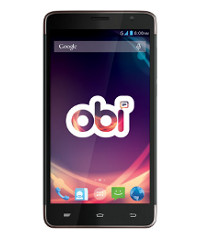 Obi has just launched a range of six phones in Kenya, marking its entry in the continent. Tanzania will follow next week and afterwards Nigeria and Senegal. And by March Obi should be available in South Africa, Lesotho, Mozambique, Madagascar, Zambia, Zimbabwe and Congo.

Obi has shipped 10,000 units available for sale in Kenya, starting next week.

“We felt [using] Kenya as an entry point is good strategically because of the youthful and dynamic population here. Young people here adopt new brands quickly, and we want to be available to them at a very affordable price,” says Amit Rupchandani, managing director for the Middle East and Africa region at Obi.

Rupchandani tells How we made it in Africa Obi phones are targeted at “young, tech-savvy and aspirational youth”, and will retail at between US$78 and $272.

The new phone brand is a venture of Toronto-based investment company Inflexionpoint, co-founded by John Sculley. The marketing expert and entrepreneur had an illustrious career in the US as vice-president and later president of PepsiCo, before becoming CEO of Apple between 1983 and 1993. During his tenure as boss at Apple the firm’s annual sales rocketed from $800m to $8bn.

According to Sculley, African markets present a “huge opportunity” for Obi due to changing market dynamics.

“Consumers today want the best feature-rich smartphone experience at desirable price points, without compromising on quality. There is also a growing trend of feature phone users moving towards smartphones, and Obi is uniquely positioned to leverage all these changing market dynamics,” says Sculley.

Although Rupchandani believes the “feature phone is dying”, and so do most research findings, one of the six phones Obi is launching is nevertheless a feature phone. He explains it has an added value because it doubles up as a power bank.

“People who use smartphones often need back-up power. We wanted to provide a power bank, but one that can work as a phone as well. So it is an added value for the consumer because they can use it as a secondary phone. We are basically selling a power bank that has an added feature as a phone,” he explains.

Any room for another brand?

Despite the opportunities, Obi is likely to face stiff competition in Africa in the low-cost smartphones market. Other brands such as South Korea’s Samsung and China’s Tecno have a strong presence in the continent.

But Rupchandani says Obi’s strengths lie in innovative technology that is user friendly, a good entry-to-market strategy, partnerships with local players, and the expertise of Sculley.

Obi has tapped DESPEC, an IT distributor, to assist in building the brand in East Africa. It also plans to partner local mobile phone operators to push visibility and sales of its Android phones.

“To grow in such a competitive market you need to differentiate yourself in many things. For instance, we are bringing Silicon Valley design in the phones. We are using cutting edge technology that ensures customers have a good experience – such as built-in applications that enhance their interactions with friends and family,” says Rupchandani.

“The involvement of Sculley also makes a difference because he was able to bring on board top designers in Silicon Valley to design the phone. He also adds his own experience from a long and successful career, vital in ensuring a good customer experience.”

Obi plans to capture 5% of the global phone market by the end of 2016. In Kenya it hopes to achieve double-digit market share in less than 12 months.