Africa’s second most populace nation, Ethiopia, is slowly but surely continuing on its path of economic liberalisation, and is appearing more and more on the radar of investors. 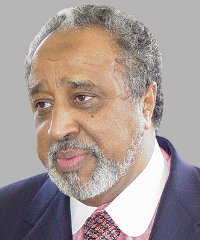 It was reported last week that Ethiopia‘s government is aiming to license 50 mineral exploration projects every year and more than double exports from the industry to US$1bn in five years.

Investment in the mining industry has grown from less than $100m in 2003 to an accumulated $1.3bn, according to Gebre Egziabher Mekonen, head of the mineral operations department at the ministry.

“The sector has seen a dramatic change,” he said. “Seven years ago, the West didn’t know about our mineral resources.”

The country, which has deposits of gold, silver, copper, platinum, potash and tantalum, exported $281m of gold in the fiscal year to 7 July, according to Gebre.

The company, based in Bangalore, will produce commodities including palm oil, sugar and rice on 312,000 hectares of rented land.

The intention is to sell crops within the 19-member Common Market for Eastern and Southern Africa. The company also sees large potential in the Ethiopian palm oil, rice and sugar market.

Average annual sugar consumption in the country is 6kg per capita, compared with 30kg internationally. “There are still a lot of Ethiopians who don’t know what sugar tastes like,” Karuturi said.

Per capita edible oil consumption is also relatively low in Ethiopia, according to Karuturi. The intention is to sell the 80,000t of palm oil produced on an Ethiopian market that he expects to expand to 300,000t per year.

The Agriculture Ministry said last month that Ethiopia plans to rent out 3m hectares of land, an area the size of Belgium, over the next five years to private investors to grow cash crops and generate foreign exchange.

A huge potential middle-class, as well as underutilised land and resource assets and the opportunities to supply the growing EAC region with product from Ethiopia thus continue to be the main attraction for investors to that country, though admittedly as confirmed by the IMF on a recent visit, much remains to be done to improve the investment climate further, including more focus on “trade and exchange liberalisation, and development of the financial sector, anchored by sound fiscal and monetary policies, continued flexibility of the exchange rate and strengthening of financial sector supervision and regulation”.