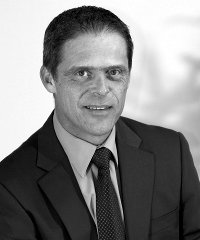 Humanity instinctively desires to ‘make meaning’, to ‘create value’, to ‘satisfy needs and wants’ in response to stimuli from our physical environment. We can see this as clearly in the invention of the wheel around 8,000 BC as we can in the advent of the internet. But is this instinct more acute, more ‘awake’ in some people than in others?

I think the entrepreneurial instinct is a seed that lies dormant in all humans and that the intensified state of this ‘instinct’ in some can be ascribed to several aspects: upbringing, social interactions; and to exposure to learning though education, training and development, whether informal (in family or communal context) or formal (schooling). In other words, entrepreneurs may have to be exposed to a collection of relationships between individuals that comprises a set of distinctive cultural, economic, educational, political, religious, and technological properties. This multi-faceted exposure ensures that subliminal entrepreneurial conditioning takes place.

Looking at human ability in general demonstrates that most people can run, even though they may not be able to run at the same speed. Most people can hold their breath just not all for the same length of time. And most people can sing despite the fact that you may wish some did not!

If we see entrepreneurship as a blend of ‘instinct’ and learned behaviour then we can begin to develop an approach to entrepreneurship that accepts it is inherent at its core and that looks actively to understand what is needed in social and exposure terms to allow it to manifest. The extent of this exposure will then act to assist people in becoming entrepreneurs, as entrepreneurship is a fundamental human and creative act that involves, one, a process, and two, the creation of value where there was none before. Finally, three, entrepreneurship is about putting resources together in unique ways fourthly about opportunity-driven behaviour.

Dr Cobus Oosthuizen (BCom, MBA, PhD) is the Dean of the Faculty of Management and Leadership at the Milpark Business School.